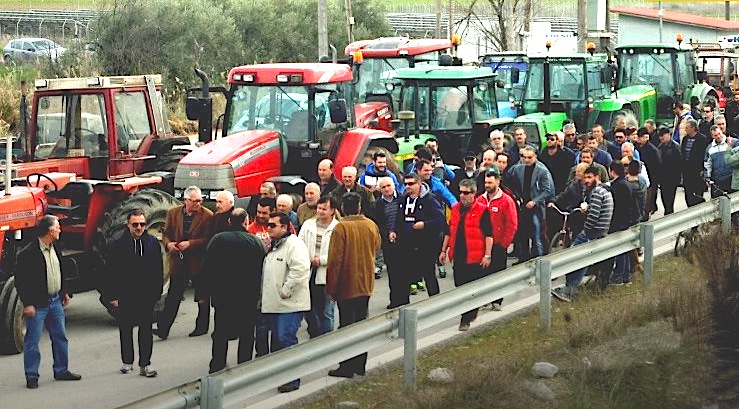 Greek farmers unanimously decided to move their protests to Athens, according to farmer representatives from 68 roadblocks across Greece. According to the representatives, the farmers will travel to Athens with tractors and buses, where they plan on setting camp at Syntagma Square for at least two days, depending on weather conditions.
Meanwhile, as of Monday, February 8, they will increase the hours of the roadblock schedule. Furthermore, during the Panhellenic meeting they also decided that they would not be participating in the meeting that was scheduled to take place at the Greek Parliament on Tuesday. The meeting was set up by the Minister of Rural Development, as part of the relevant Parliament committee meeting.
Regarding their demands, the Panhellenic meeting made a list of the most significant issues that need to come to focus in the next few days.
According to their demands, people earning 12,000 euros or less should not be taxed. At first some of the farmers requested the amount to be 30,000 euros, however, in the end they had to back down in order to reach a consensus.
Furthermore, they called on the government to withdraw the new pension, tax and fiscal measures that were imposed on the farming industry. Finally, they will to have tax-free oil, abolish the VAT for agricultural tools and supplies, regulate red loans so that they don’t lead to home foreclosures and abolish the tax on wine and raki.