Tension in Refugee Hot Spot on Greek Island of Kos 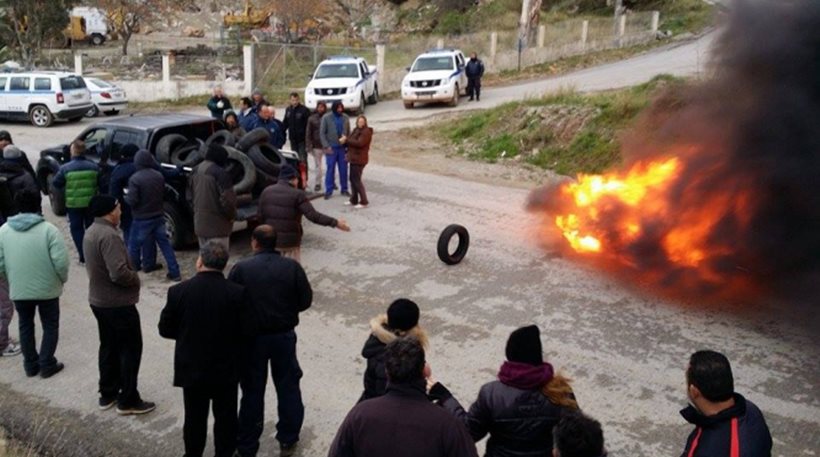 Tension broke at a military camp on the island of Kos, where Greek authorities are preparing to establish a refugee hot spot. According to local media, the islanders lit fires and blocked access to the surrounding area.
The images shown by Greek media reflect the situation on the island and the residents’ anger. The Deputy Minister of National Defense, Dimitris Vitsas and the Deputy Minister of Labor, Tasos Petropoulos described the events as extreme actions.
According to the local newspaper “Vima tis Ko,” residents in Pylio have been in the military camp area since this morning and are not allowing anyone to pass, not even the camps’ General.
In February 15 the hot spots are supposed to begin operatin, however, the residents and local authorities are strongly reacting to their creation.
Dimitris Vitsas, Minister of National Defense noted in an interview that only a small number of people is opposing the operation of hotspots. “The refugees will remain in the camps for 72 hours and then they can move on. I do not understand why people are so opposed to it,” he noted.