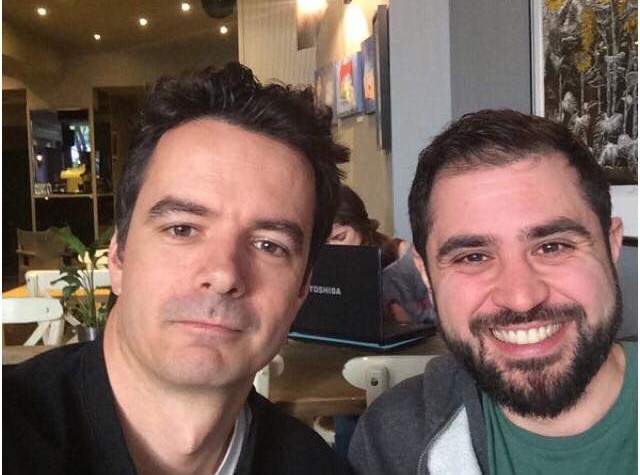 Greek startup company Merminx released a new mobile app for iPhone and Android. “Seem” is a chatting application with a very unique feature. In contrast to other communication applications such as Facebook Messenger, Yahoo Messenger and WhatsApp, each message sent on “Seem” includes a selfie, taken with the phone’s front camera, creating meme-style messages.

The app allows people to communicate with their friends in an easy, fun and interactive way. “Seem” also allows users to create personal memes and share them on social media easily.

The application was developed by the Greek company Merminx, a startup founded by Thomas Kyritsis and Michalis Rikakis, two friends who reside in Stockholm, Sweden. Thomas is a developer with experience on iOS applications. He holds a degree from the Department of Informatics and Telecommunications of the University of Peloponnese and a postgraduate degree from KTH in Stockholm. In his career he has developed numerous applications for Swedish companies, such as Hemnet, ICA, Oriflame, Aftonbladet and Absolut, but in recent years he focused on the development of communication and social networking apps such as Rebtel.

Michalis Rikakis has worked as the Head of Product Management department in the Swedish company Sinch, a cloud platform for communication services for mobile application development companies. Michalis has many years of experience as a Product Manager, while he has also worked as a programmer for Nokia Siemens Networks and other Greek companies. He graduated from the Electrical Engineering Department of the University of Patras and he holds a Masters degree in Business Management from the University of Warwick, UK.