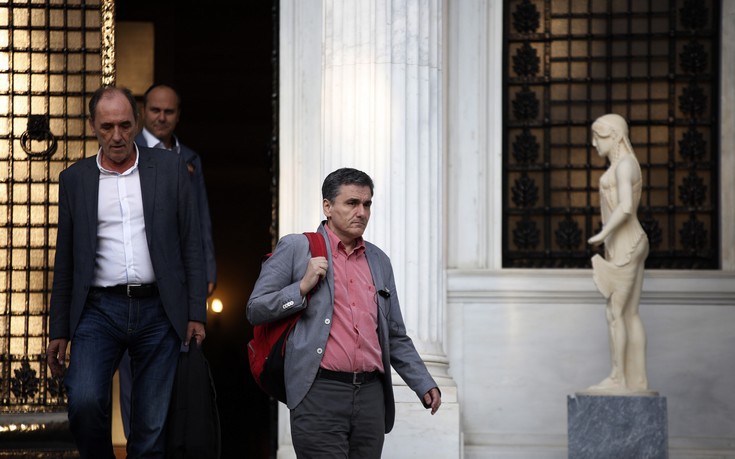 Greece proposed to its creditors on Tuesday raising the top rate of personal income tax to 50 percent in order to avoid increases in social security contributions.
The top rate of personal income tax now stands at 42 percent and Athens proposed a raise to 50 percent. The finance ministry expects to raise 300 million euros from the rate increase.
Greece proposed a single taxation system for employees, pensioners and the self-employed. Those earning up to 25,000 euros will pay 22 percent in tax, then the rate will rise to 32 percent for incomes between 25,001 and 42,000, 42 percent for 42,001 to 60,000 and 50 percent for those making 60,000 euros or more.
During Tuesday’s talks with the participation of Labor Minister Giorgos Katrougalos, Finance Minister Euclid Tsakalotos and Economy Minister Giorgos Stathakis, the representatives of Greece’s creditors raised objections to the government’s plans to increase social security contributions by 1.5 percentage points in order to raise some 550 million euros and reach the target of 1.8 billion in annual savings requested by the lending institutions.
The representatives of the European Commission, International Monetary Fund, European Central Bank and European Stability Mechanism suggested that the increase in contributions could damage the competitiveness of the Greek economy.
Lenders seem to insist on what the Greek government tries to avoid: Make pension cuts. Katrougalos has already proposed reductions to supplementary pensions above 170 euros a month. Some very high basic pensions could also be slashed, with the labor minister setting a ceiling of 2,300 euros a month.