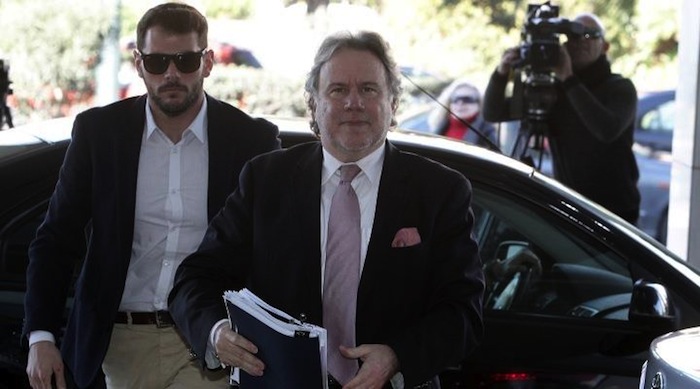 Following the first meeting between Greek government officials and representatives from the country’s official lenders, Greek Minister of Labor Giorgios Katrougalos spoke of tough negotiations taking place, but went on to say that this was expected as there are differences between the Greek government’s proposals and the demands of the nation’s creditors.
Using diplomatic language, he added that the end result of the negotiations will be what is best for Greece.
Asked by reporters on whether there will be additional pension cuts, the Minister of Labor responded by saying that this issue represents one of the government’s “red lines” and that the creditors have been informed that there will be no further cuts on the main pension benefits.
In the meantime, speaking on Bloomberg, ex-Finance Minister Yanis Varoufakis said that “God and his angels could not fix Greece.”
Varoufakis explained that the collapse of the Greek pension system is mainly due to the economic crisis brought upon the country by the policies of the European Union and the IMF.
As he said, the bailout plans caused massive unemployment, which led in turn to a sharp decrease in employer and employee contributions to the nation’s pension system.
He also attacked PSI as the write-down on Greek debt holdings in 2012 affected severely the viability of pension funds.
One wonders what Varoufakis would be doing in his meeting with Greece’s creditors if he were in Katrougalo’s place.
And would he dare say that the end result of the negotiations will be what is best for the country?
Highly unlikely. But that is why he is no longer a minister under the Syriza government.