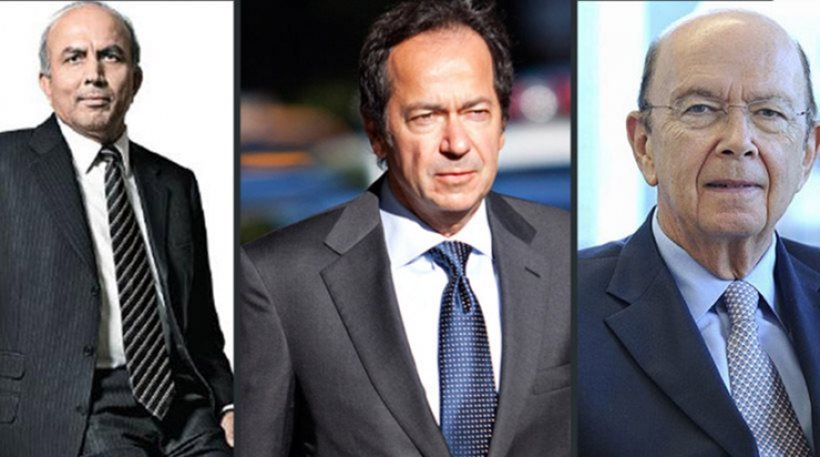 Greece will have “turned onto a new page” once the first review of the economic adjustment programme is concluded, according to all participants in a meeting on Friday between Greek Prime Minister Alexis Tsipras and international investors in Greece, the prime minister’s office announced. The meeting was held at the prime minister’s office at the Maximos Mansion in Athens.
Among those present at the meeting were Prem Watsa of Fairfax Financial Holdings Ltd, John Paulson of Paulson & Co, Stephen Johnson of Wilbur Ross & Co, Jonathan Haick of Brookfield Capital Partners Ltd, Samir Parekh of Capital Research & Management Company, Ben Watsa of Lissom Investments, Lawrence Chin of Mackenzie Cundill, Jamie Lowry of Schroder’s Investment Management, Daniel Pozen of Wellington Management Company, as well as Nikolaos Karamouzis and Fokion Karavias of Eurobank.
Attending on the government side were the government Vice-President Yiannis Dragasakis and Finance Minister Euclid Tsakalotos.
The prime minister briefed the investors about the government’s positions and actions to create a stable tax system, tackle bureaucracy and corruption and multiplying investment opportunities by establishing political stability.
The meeting also focused on the economic data pointing to a recovery of Greece’s economy, among them the successful recapitalisation of the country’s banks, the exceeding of budget targets for revenues in 2015 by roughly 2.0 billion euros and the stabilisation of the economy, with the short-term prospect of a return to growth.
Fairfax’s Prem Watsa cites significant opportunities ‘if Greece sticks with reforms’
Fairfax sees “significant investment opportunities in Greece if the country sticks with a programme of reforms”, Fairfax Financial Holdings Chief Executive Prem Watsa said on Friday, after meeting with Greek Prime Minister Alexis Tsipras in Athens.
“We expressed our optimism for the long term role of Greece within the eurozone and we reconfirmed our support for the prospects of the country,” Watsa said, noting that the meeting had focused on the Greek economy and the challenges it faces in going forward.
He said Fairfax was a “long-term investor” that had strong faith in the Greek economy’s potential and the abilities of the country’s human capital.
He announced that Fairfax will continue expanding its investments in Greece, not only through Eurobank – where it recently increased its stake through the recapitalisation of Greek banks – and its investment in Grivalia Properties, Praktiker and others, but also through the recent acquisition of the Eurolife Insurance, thus entering a sector “in which we have extensive experience and see great prospects.”
(source: ana-mpa)