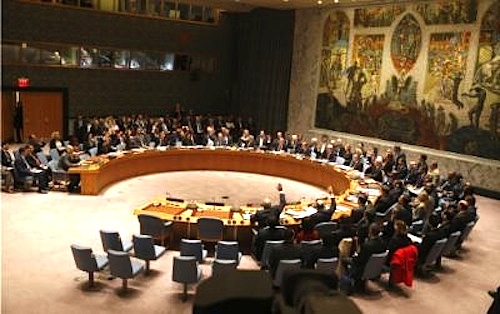 The UN Security Council unanimously adopted a resolution on the renewal of the mandate of the UN peace-keeping force in Cyprus (UNFICYP) on Thursday.
The Security Council “encourages the sides to grasp the current opportunity with determination to secure a comprehensive settlement” and “welcomes the progress of the leaders-led negotiations so far and the ongoing efforts of the leaders and their negotiators to reach a comprehensive and durable settlement.”
UNFICYP forces, the announcement said, will have their mandate extended until 31 July 2016. The force will be bolstered by 888 more members, the Security Council announcement said.
UNFICYP, comprising some 1,000 staff, arrived in Cyprus in March 1964, after inter communal fighting broke out on the island. It is one of the longest serving UN peace-keeping forces.
(source: CNA)