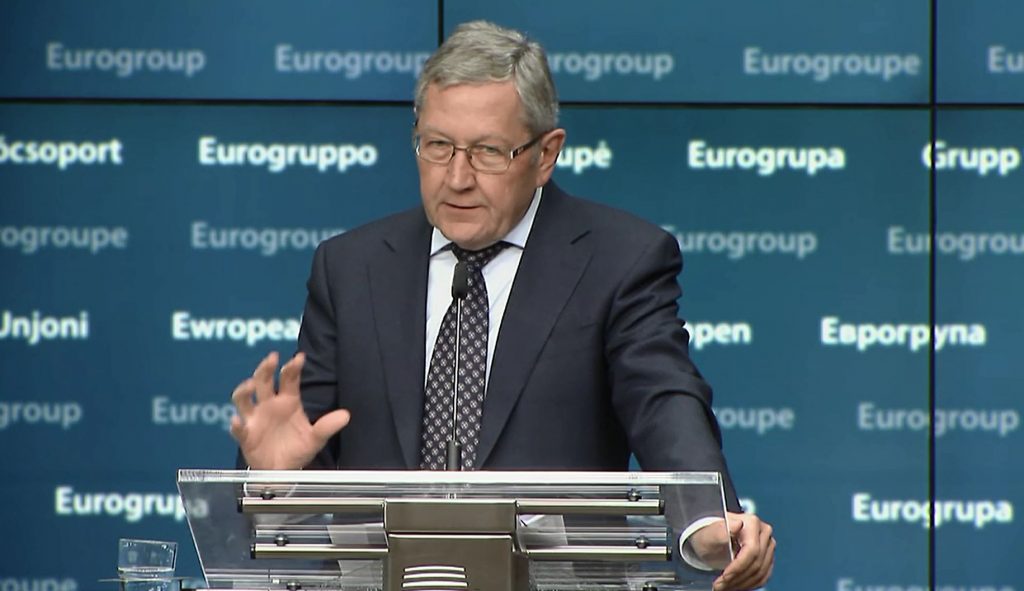 President of the European Stability Mechanism (ESM) Klaus Regling ruled out a haircut for Greece’s state debt on Tuesday. Instead, he said the European Union is examining ways to make Greece’s debt more sustainable.
Regling told Reuters that Greece must complete the first evaluation of its progress on required structural reforms before deciding on how to restructure its sovereign debt.
“The first review needs to be completed first, and that may take two months,” the ESM head said.
“There will be no haircuts. One can think about lengthening maturities and interest deferrals,” he added, referring to the options ESM can offer Greece.
Security funds reform is a prerequisite for the conclusion of the first review of Greece’s bailout program, but the plan is likely to be painful because some Greek citizens will have to give up future entitlements, Regling said.
European officials may also consider steps to help Greece deal with an increase in debt servicing needs expected in 2022, Regling said. The ESM owns around 45 percent of Greek debt and is at the center of efforts to put the country’s sovereign debt crisis behind it, the report says.
Greece’s debt is expected to reach 187.8 percent of annual gross domestic product this year.
The Greek government has drafted a proposal to merge its six pension funds into one and possibly cut future main pensions by up to 30 percent. The proposed pension fund reforms are met with social uproar as professionals, farmers, and freelancers react strongly to the Greek government’s plans.
The proposal will be voted on in parliament in February.