GRNews
GreekReporter.comGreek NewsCrimeMurder Suspect Who Slayed His Wife in Front of His Children Finally... 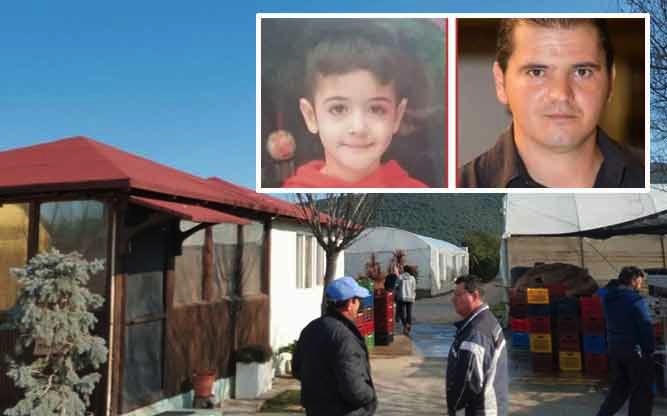 Wanted 35-year-old Albanian James Claude Lesi who had murdered his Greek wife and kidnapped his 4-year-old son was arrested on Sunday in the town of Chalkidiki.
According to Greek police Lesi and his son were found on Sunday morning in a cabin near the village of Ormylia in Chalkidiki, northern Greece.
Lesi’s son, Phoevos was found in good condition and was delivered to his grandparents by authorities for care-taking. Phoevos had lived with his mother up until the date of her murder, January 6. Sadly, the boy was a witness to his mother’s death, the murder took place in front of the suspect’s older son as well. After her death Lesi kidnapped Phoevos and both lived in a cabin where Lesi acted as a beekeeper, while his older son was in the custody of his grandparents.
The Greek police had been searching for the suspect for 18 days. A 75-year-old man made a call to the police today, saying that he had seen a little boy, wandering the streets just 1 kilometer from the village of Ormylia. The suspect faces charges of murder and kidnapping.
Phoebos’ grandfather spoke to protothema.gr following the arrest. He said that his grandchild has lost a lot of weight and appears frightened. At first he cried, but calmed down after seeing his older brother. The 4-year-old had been brought to him wrapped in 5-6 jackets, he said.