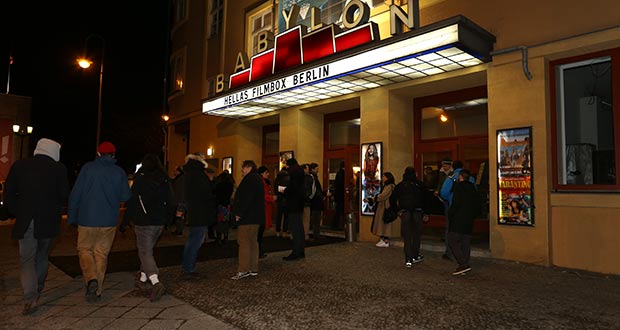 The event was hosted by the German-Greek Cultural Association, that was founded in Berlin in 2015 in order to improve ties between the two countries through culture.

During the festival, dozens of films and shorts of the ‘New Greek Cinema’, were shown to a full house. The success of the endeavor will make the festival an annual event.

Renown Greek directors Pantelis Voulgaris spoke at the opening ceremony and presented the film “Little England”. He received a warm welcome by the Greek-German public.

See the full list of the films shown here: http://www.hellasfilmbox.de/en/programme/