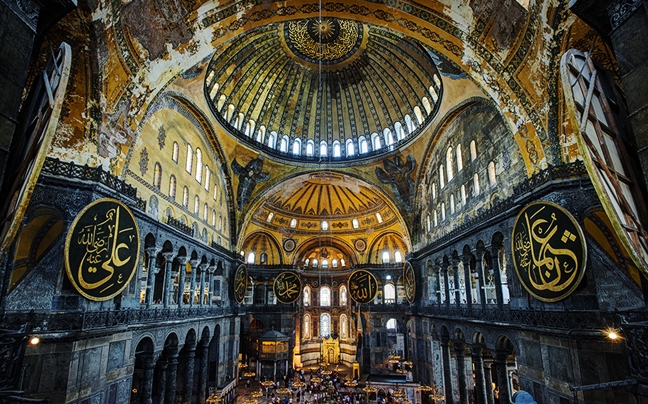 For two consecutive years, 2014 and 2015, the former temple of Hagia Sophia, now a museum, is the top attraction for visitors to Turkey.

Hagia Sophia in Istanbul was the number one tourist attraction for visitors of Turkey in 2015, according to figures released by the Turkish Ministry of Culture and Tourism. Specifically, last year 3.47 million people visited the former Byzantine Christian Orthodox basilica.

Hagia Sophia was built in the 6th century before it was converted to an imperial mosque in the 15th century with many of its exquisite mosaics plastered over and ruined forever. It served as a mosque for many years since the fall of Constantinople in 1453. In 1934 it was turned into a museum.

Now, with restoration work having taken place to recover some of the mosaics that had been destroyed, the basilica is a museum favored by most tourists.

Hagia Sophia was also the most visited site in Turkey in 2014. The church museum was followed in popularity by the Topkapı Museum with 3.25 visitors and Konya’s Mevlana Museum with 2.34 million visitors.