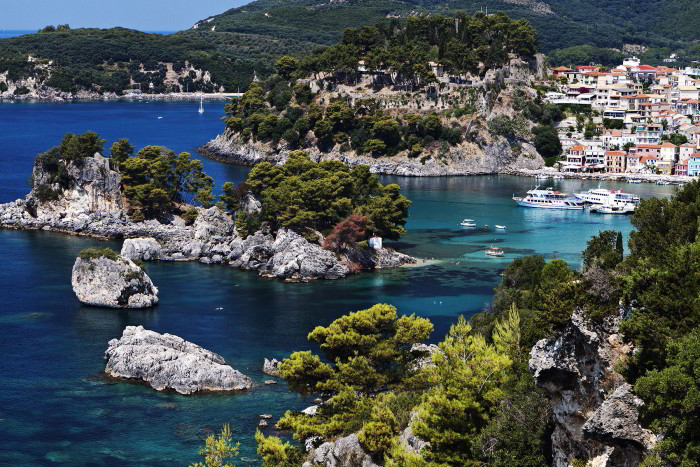 New Yorkers expressed their unity with Epirotes, Saturday evening, January 16th during Martin Luther King national holiday weekend. The dinner dance was held at Kefalos Cephalonian Society, at 2043 Steinway St, Long Island City, NY. The Hellenic News of America/Paul Kotrotsios generated the idea and mobilized the community to get involved. Without his efforts, passion, and vision, none of these events would have happened. The society donated their hall. Local businesses contributed cuisine, flowers and supplies. Some of the supporting organizations include: Heritage Museum of Epirus: Federation of Hellenic-American Educators & Cultural Association, of America: Hellenic PAIDEA of America; Ionian Politistiki; Odysseus; Kefalos and other organizations.

Hellenic News Publisher of America/Hermes Expo International President Kotrotsios said “Our goal is to raise $50,000 that will be distributed to the following organizations: The Orphanage and Elderly House in Konitsa, the Orphanage «Kivotos» in Pogonianni, the Iera Moni Sosinou in Parakalamos, the Cultural Society Demos Pogoniou and the Orphanage of Deropolis in Northern Epirus.” Epirus is a coastal region of northwestern Greece and southern Albania. The Pindus Mountains separate Epirus from the Greek regions of Macedonia and Thessaly to the east. The principal town in Greek Epirus is Ioannina.

“Our heart beats Greek, Epirotiki and Northern Epirotiki”, said legendary singer Savas Siatras. “We come from Ioannina. In your faces and eyes we read Greece and the horio (village). You are the Greeks of the Overseas, the true Greeks”. Mr. Siatras went with the George Rabos orchestra from table to table, serenading and greeting every person present. His genuineness, enthusiasm and patriotism inspired all to dance. His face shows the pain and loss of a man who loves his country. Three hundred persons filled the hall. I have never seen any singer with a band go into the audience and sing to absolutely every person present.

Who is Savas Siatras? I never heard of him, as a third generation Greek-American from the North-East Aegean Islands, until Mr. Kotrotsios called me from Pennsylvania. My adopted nephew, Billy Litos, said “Savas Siatras is a great Hellene. He went to Epirus, Albania when Hoxha was in control. When asked what was his purpose for coming to Albania. He replied, ‘to marry a Northern Epirotisa.” When the Albanian borders opened to Greece, he married a person from Greek Epirus. “My brother, Athanasios, dug a tunnel with a friend from Greek Epirus to escape. When they reached Greece in the tunnel, Savas Siatras met them there. He is a benefactor who has given his life for the oppressed Greeks of Epirus in Albania, Litos added” Mr. Paul Kotrotsios has introduced international figures, such as Vasilios Bolanos and three time Gold Olympic medalist Pyros Dimas, to middle class Greek-Americans at Hermes Expo International.

Ms. Vasiliki Filiotis, President of the Hellenic PAIDEA of America and officer Ms. Adriana Filiotis believe “as Greeks we are here to make this philanthropic purpose a success. Our Organization worked to publicize ‘Sergiani Night’ throughout the metropolitan area. Our members are enthusiastic to aid the orphanages and old age homes of Epirus, Greece and Northern Epirus. These institutions are suffering. Many may close, putting young and old out in the streets. We help as Hellenes and Educators to fill the Kefalos society hall tonight.”

“We put center stage Epirotes and their friends,” explained Mr.  Paul Kotrotsios, Publisher of the Hellenic News of America/Hermes Expo International. “We are having fun and helping a good cause, the Orphans and Elders in Epirus-Greece. Many thanks to George Rabos and Orchestra, Savas Siatras, Stavros Theodorou, Christos Natsis, George Bezanis, Thomas, and Kostas Siatras.”