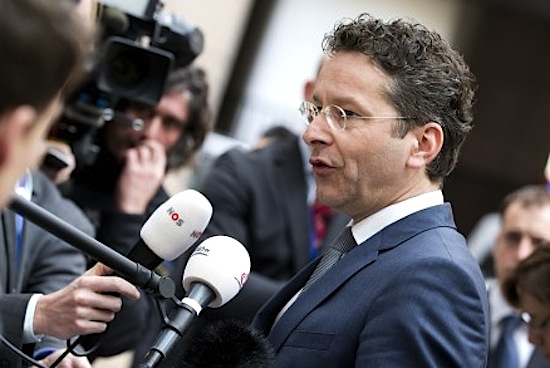 Speaking on Bloomberg from Davos, Eurogroup chief and Dutch Finance Minister Jeroen Dijsselbloem described the Greek government’s pension reform proposal as a serious one, but then went on to say that “the numbers still do not add up,” reaffirming the contention of critics who see the EU acting as a mere accountant towards Greece’s problems.
Indeed, with regard to Greece’s unsustainable debt problem, Dijsselbloem said that putting the issue on the table depends entirely on the Greek government, but this is something to consider in the distant future.
In other words, EU officials continue to talk out of both sides of the mouth when it comes to the Greek debt issue, an approach they have adopted since the outbreak of the crisis.