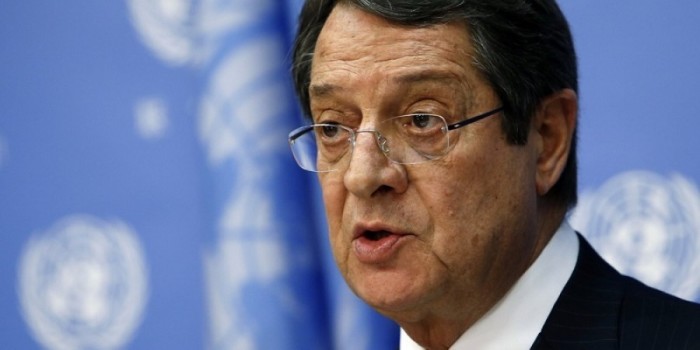 The Cyprus issue and cooperation between Greece, Cyprus and other countries in the region dominated a meeting between Greek Prime Minister Alexis Tsipras and Cyprus President Nicos Anastasiades on the sidelines of the World Economic Forum (WEF) in Davos on Friday.
Tsipras and Anastasiades said that the bicommunal talks on the Cyprus issue must lead to a fair and viable solution that is based on UN resolutions and Cyprus’ capacity as an EU member-state.
They also discussed the upcoming trilateral Greece-Cyprus-Israel summit, developments relating to cooperation between Greece, Cyprus and Egypt and the prospects for further cooperation with other countries in the region, such as Jordan, Palestine and Bulgaria.
On Thursday, Tsipras attended an event on the Cyprus issue held at the WEF, with the participation of the UN Special Adviser for Cyprus Espen Barthe Eide, WEF Executive Chairman Klaus Schwab, Anastasiades, and the leader of the island’s Turkish-Cypriot community Mustafa Akinci.
(Source:ANA-MPA)