George Kallis is a film composer with an impressive list of credits who has recently moved from London to Los Angeles. We sat down with him to talk about his work, his move from Cyprus to London to LA, and Greeks in the Hollywood industry. 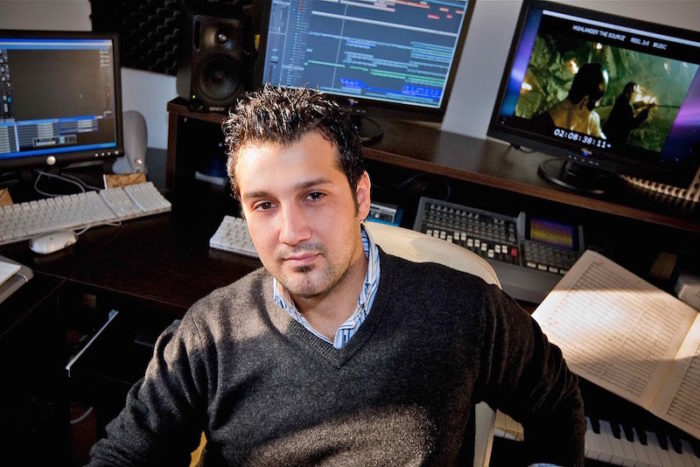 What inspired you to become a film & TV composer?

It was a step-by-step process. I come from a musical family and I was exposed to music from a young age. Influences ranged from Mozart to The Beatles! Both my parents are huge film buffs and there were always Hollywood films playing in our home. Subliminally I think I was always drawn to film music because of that.

How did you get your start in the field?

I took piano, violin lessons and taught myself guitar since I was also a heavy metal fan. I was fortunate to win songwriting competitions and to collaborate with Greek/Cypriot artists, such as Michalis Hazdigiannis having written one of his first songs ‘To Gramma’. My personal CD ‘Opou Paidi kai Fos’ also became gold with performances from prominent Greek singers. This led me to study at Berklee College of Music in Boston, and eventually to London for my Master’s degree at ‘The Royal College of Music’.

When did you get your first opportunity to compose for a film?

It was back in 2006 on the World War II drama “Joy Division”. (Momentum Pictures). Music producer Graham Walker (The Talented Mr. Ripley, Sleepy Hollow) heard my music and introduced me to the producers who in turn asked me to test-compose two scenes. They loved what I did! To tell you the truth I was overwhelmed at the time most composers work themselves up from scoring short films but here I was…having to compose a feature score and conduct a full symphony orchestra as my very first project. However it was a great success! 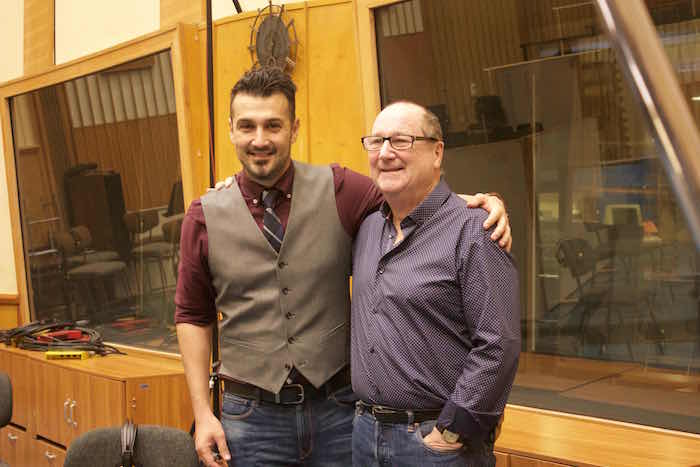 What are some other works you’ve worked on?

I composed the music for Highlander The Source (Lionsgate), working with director Brett Leonard (Virtuosity, The Lawnmower Man) and I am currently scoring Albion: The Enchanted Stallion, starring Jennifer Morrison, John Cleese and Debra Messing amongst others. A couple of years back I scored ‘Gagarin First in Space’, a Russian biopic about the famous cosmonaut. I get involved in a lot of trailer music too and I provided music for M Night’s Shaymalan new horror ‘The Visit’, ‘Mandela: Long Walk to Freedom’ starring Idris Elba, and Keanu Reeves’ ’47 Ronin’. I am also regularly called upon to compose music for brands such as McDonalds, Mitsubishi, Toshiba and others.

What made you decide to come out to Los Angeles?

I loved living in London but I was far away from the main hub of filmmaking, and LA producers prefer close proximity. The weather here is also very inspiring. I still keep in touch with my international collaborators. I literally just returned from recording a symphony orchestra in Budapest for the period drama ‘The Black Prince’ (starring famous Indian singer Sartaaj) and I am also heading out there again in a months time to record the score for the thriller ‘93 Days ‘(starring Danny Glover).

So when do you actually come in on a film? What does your job entail from start to finish?

Each film has a unique approach. The composer’s job theoretically starts when the film’s edit is locked, but there are a lot of things that may be completed before that. For example, some directors prefer pre-composed themes from the script stage to inspire them on the film set. For ‘Albion The Enchanted Stallion’ I had to pre-compose the theme as it was mirrored into a song sang by a main character during a scene. The song had to be pre-recorded so the actress could lip-sync it while shooting.

Once we have a final cut the official work begins with a ‘spotting session’, when we decide with the director where music should be placed and what type of feelings it should portray. I spend a few weeks in my studio composing the score with samples. All composers nowadays have computer studio set-ups, which allow them to digitally arrange for a full orchestra so the director can hear the music as closely as possible to the final score. I then supervise the orchestrations and conduct the live orchestral sessions. We then mix all the musical elements together for a polished sound and deliver surround mixes to the dubbing studio ready for the film’s final mix. 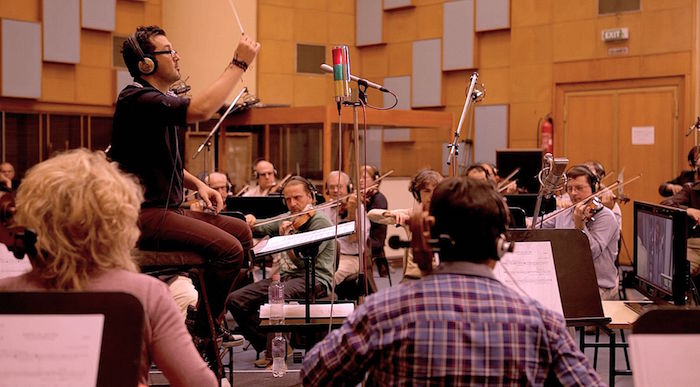 In your opinion, what role does the music of a film play?

There are different schools of thought but in my opinion music is just another character in a movie. With a risk of over-generalizing, in European films we usually take a subtle and minimalistic approach but in the US we really appreciate the extra dimension a good score brings to a movie, and music really becomes the ’soul’ of a film.

It’s great! Although I’ve been here for less than two years I’ve had collaborations with two experienced Greek producers. Producer George Zakk (Riddick, xXx, Casino Jack) heard my music and introduced me to Terry Dougas from 1821 Media. The two mentored a trio of talented filmmakers from Greece (Andreas Lambropoulos, Konstantinos Moutsinas & Kostas Skiftas) on the action flick ‘Short Fuse’ starring an amazing cast. Protagonist is Apostolis Totsikas who plays Ares. He is strapped with explosives, and must fight for his life while trying to solve a mystery involving both his family and a criminal empire! I had a great time composing a Hollywood action score for ‘Short Fuse’, which will be out in 2016.

The second collaboration was with innovative filmmakers Evangelos and George Giovanis on their drama ‘Bereave me Not’, starring superstar actors Malcolm McDowell and Jane Seymour.

Greeks here keep the authentic spirit, and hospitality in their hearts, – it’s also important to reach out to talent from back home when a project allows it.