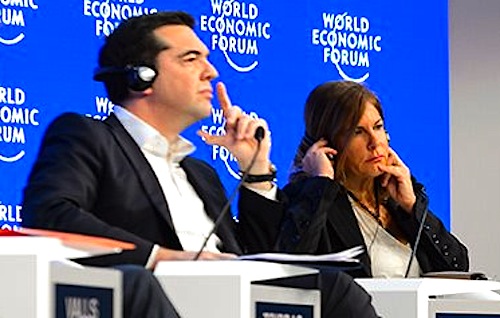 A few days ago, Greek Finance Minister Euclid Tsakalotos said that Greece was not opposed to IMF’s participation in the new bailout program, which his government had signed in August 2015 with the nation’s official creditors.
Today, Greek Prime Minister Alexis Tsipras reiterated his government’s acceptance of the role of the IMF in the supervision of the third bailout as this was a demand made all along by Germany and EU officials.
In his so-called debate with German finance minister Wolfgang Schäuble, Alexis Tsipras said his government believed that the EU alone was capable of supervising the progress of the bailout program, but would accept the demands of its euro partners that the IMF be included.
The IMF has extensive experience in managing structural adjustment programs and its involvement in the Greek bailout program adds legitimacy to EU’s tough stance on austerity and reforms.
.