Do Personalities Matter in Greek Politics? 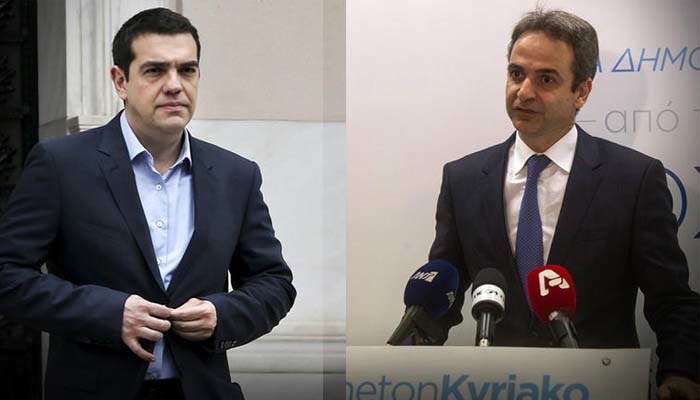 The election of Kyriakos Mitsotakis as leader of Greece’s conservative New Democracy (ND) party could herald a new approach to Greek politics, or at least so is the hope and the expectation among many Greeks who see in him an authentic reformer eager to do away with Greece’s long standing social pathogens and move the country to the 21st century.
A year ago, the meteoric rise of Syriza’s Alexis Tsipras to power had also created similar hopes and expectations. Tsipras came from a political movement that stood against vested interests and envisioned a corruption-free society. In this society an economic order where the rich paid their dues, and a social order with strong protections for the poor, the weak, and vulnerable would be in place.
Mind you, there were elements inside Syriza that pushed for far more radical measures. Envisioning the transition from capitalism to a post-capitalist system based on some form of social ownership of the means of production, but those that formed the core of the party shared no such ambitions.
They knew the realities of Greek politics and the fact that the majority of the Greek population had no such idealistic aspirations. And they were clearly not intent on spending their entire political life trying to organize a large mass movement with the aim of spreading a socialist vision. In addition, they were not willing to consider the option of a Greek exit from the Eurozone, probably fully aware that they lacked the ability to manage such a transition into uncharted waters, especially when the majority of Greek people also did not want to abandon the euro.
For Tsipras and his lieutenants, the thirst for power prevailed over ideology and political principles. As it usually happens with political opportunists, the aim of maintaining power and serving above all their own material interests took precedence over realizing even limited reforms.
Indeed, Tsipras and his Syriza party gang aligned themselves with the populist right-wing party Independent Greeks, cozied up to the corporate and financial elite, made strong conciliatory gestures towards the Orthodox church, and reneged on all of their pre-election promises.
However, as of this month, Greece has a new rising political star, Kyriakos Mitsotakis, the newly elected leader of the right-center New Democracy (ND) party.
Unlike previous ND leaders, Mitsotakis comes across as being an authentic reformer. He has attacked populism and clientelism and claims to be committed to changing Greece’s political culture as well as do away with bureaucratic red tape and inefficiency.
Changing Greece requires a brutal assault on all of the above pathogens, and simultaneously, since one reinforces the other. In this sense, Mitsotaki’s reformist mentality poses a serious challenge to the dominance of Alexis Tsipras, who up until very recently was the undisputed king in Greek politics.
Tsipras’ Syriza governing party has already lost much of its political legitimacy because of its cold and overt betrayal of voters’ trust. The arrival of Mitsotakis on the Greek political scene as leader of the conservative party could shift the political pendulum from left to right.
But reform comes in all colors, shapes, and sizes. Mitsotakis is a neoliberal reformer who believes in the virtues of the free market system and favors the dismantling of the social state.
It is one thing to condemn the culture and practices prevailing in many of Greece’s public universities – the bastardization of democracy and the replacement of excellence with the lowest common denominator—and yet another thing to call for private, profit-seeking institutions of higher learning.
It is one thing to condemn the inefficiency of the public sector, and yet another thing to seek further reductions from an already bare bones social services system. It is one thing to be angry about the bureaucratization of Greek labor movements, and yet another thing to be against labor unions and in support of highly exploitative forms of employment practices, such as those built into labor market flexibility.
If Alexis Tsipras has proven to be a failed progressive reformer because of his lack of vision and political nerve, Kyriakos Mitsotakis is a reformer of the neoliberal ilk.
But this raises the question as to whether personalities matter in Greek politics any more.
Lest we forget, Greece has ceased being a sovereign, democratic nation since the onset of the debt crisis. With the signing of the bailout agreements, all political authority has passed into the hands of Greece’s international creditors. What Alexis Tsipras and Kyriakos Mitsotakis may want is simply irrelevant in this case.
Power rests in Berlin, Brussels and Washington as the bailout agreements have converted Greece into an EU protectorate.
On a final note, it ought to be apparent to all that what should matter most in public life are policies, not personalities. Advanced societies with strong linkages between the rule of law, democracy and human/social rights have no need for charismatic, strong political leaders.
Pity societies in need of such leaders.