TechNews
GreekReporter.com Greece Women of Greek Police Who Stood Out in 2015

Women of Greek Police Who Stood Out in 2015 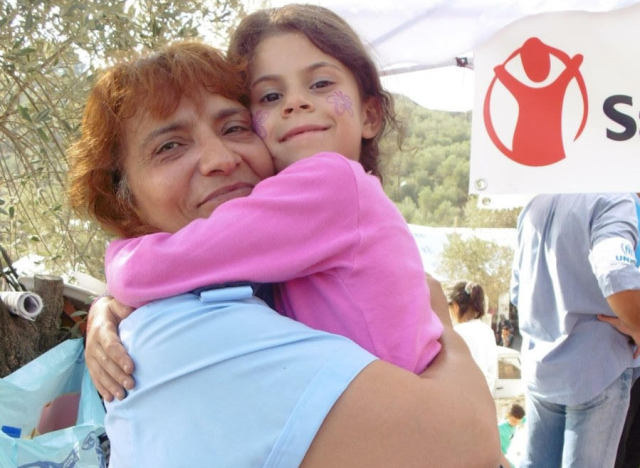 Two women working for the Greek Police made an effort this year to help refugees realize their dreams and continue hoping for a better future. Their actions showed the world the humanitarian part of the Greek police. General Zacharoula Tsirigoti and officer Fotini Konstantopoulou stood out this year during the refugee crisis, which brought more than 1 million migrants to Greece.
In 2015, General Tsirigoti left her office and family behind and travelled across all the Greek islands located near the country’s sea border with Turkey. She met with the refugees, talked to them and tried to find solutions to their problems. Several police officers noted that she also participated in the refugee identification process, giving advice to her colleagues. She also made sure that an identification mechanism incorporating new technologies was installed on the Greek islands.
General Tsirigoti made the process more humane and made it possible for the country’s authorities to identify all the migrants and refugees arriving on the Greek islands. Her efforts were soon recognized by the International Police Cooperation Division, which awarded her with the medal for migration management.
Furthermore, officer Konstantopoulou had a brilliant idea. She wrote a story to help child refugees come to terms with the difficulties they face. Konstantopoulou devoted all her free time in writing the book “Mia Zacharenia Syntagi” (A Sugar Recipe). The children’s tale was brought to life by IANOS publications and under the auspices of the UN High Commissioner for Refugees (UNHCR), while the illustrations were provided by Greek artist Sandra Eleftheriou.
The Greek officer donated the book proceeds to the global campaign “Back2School,” which supports refugee children, giving them access to education.

The Penelopean Daycare in Athens has taken care of some of the most disadvantaged children in the Greek capital for decades.
Ancient Greece

The plague appeared in Greece as a weapon of divine wrath. Agamemnon, offended the priest of Apollo and the God spread pestilence among the Greeks.