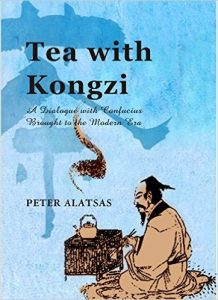 Do you think hate is a stronger emotion than love? How can I forget my problems? In China they say that the first bird out of the tree gets shot. What is your opinion? “Tea with Kongzi (Confucius)” is a collection of dialogues between modern day manager Pete (the book’s author) and Con (Confucius) on topics such as character, loyalty, success and greed.

Peter Alatsas, an experienced luxury hotel manager who was born in Sparta, Greece, raised in Australia and educated in Canada and cyberspace as he says when introducing himself, has written a simple and pleasant “value guide” that brings Confucius to the modern era.

“The inspiration was corruption and lack of ethical moral character in leadership”, Alatsas points out. He also mentions that Confucius would never have engaged in dialogue, because in Chinese culture the master is always above his students. This is a big difference between China and the West. For Confucius, questioning was the role of the teacher. 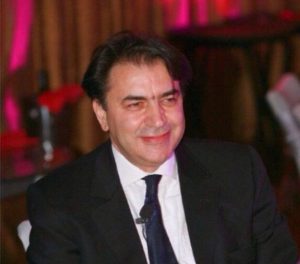 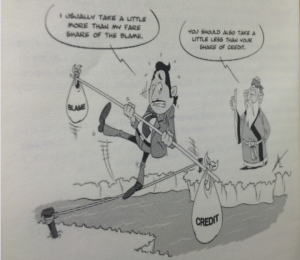 Having studied the Analects and the whole body of Chinese literature that Confucius based his knowledge on, Alatsas tries to be practical and to the point. In the end, Confucianism was more of a pragmatic wisdom than a philosophy. Among the dialogue, the reader can find creative cartoon images that bring the author’s ideas to life.

The book was self-published in Shanghai in both English and Chinese (1000 pieces in each language). An electronic version is available on Amazon.