Cypriot President Anastasiades: 'Cyprus Settlement Would Be a Compromise' 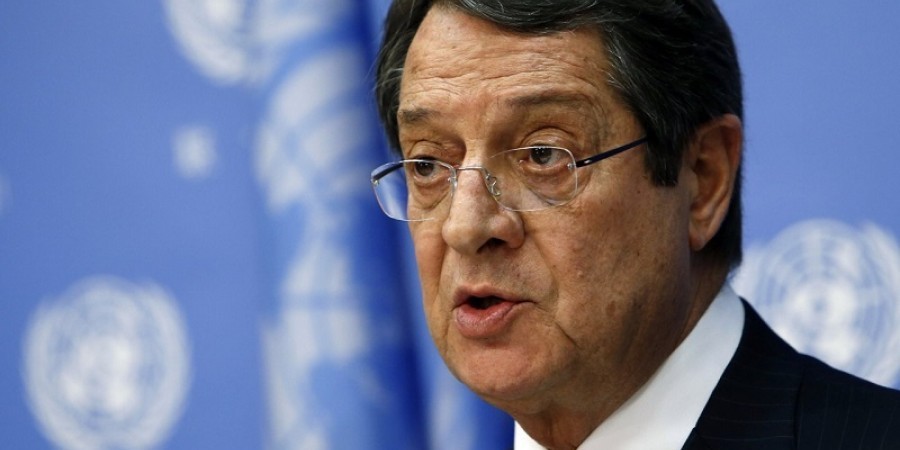 The solution to the Cyprus problem will be a compromise, Cypriot President Nicos Anastasiades has said, adding that he will brief the people of Cyprus on the convergences and the concerns with regard to the ongoing negotiating process.
Speaking in Larnaca, Anastasiades underlined that both Greek-Cypriots and Turkish-Cypriots should understand that there will be no winners and losers, adding that a solution should be lasting, leading to a functional and viable state.
His remarks came as the UN-sponsored negotiations on the reunification of Cyprus, divided since the 1974 Turkish invasion, have entered into a new intensified phase.
Since May, we have been engaged in an intensified dialogue with the ultimate aim to rid ourselves from the occupying troops and reunify our country, Anastasiades said, adding that both he and Turkish-Cypriot leader Mustafa Akinci are determined to work hard for a solution.
Anastasiades also noted that utilizing Cyprus’ capacity as an EU member-state strives to secure the evolution of the Republic of Cyprus in a bi-zonal, bicommunal federal state.
This evolution, he said, apart from the harmonization with the EU acquis communautaire that safeguards human rights, creates the firm basis so we could live in peace, securing the future of our children and of Greek-Cypriots.
Noting that a solution would necessitate a compromise, the Cypriot President added it should be understood that there will be no winners and losers through a settlement.
(Source: CNA)