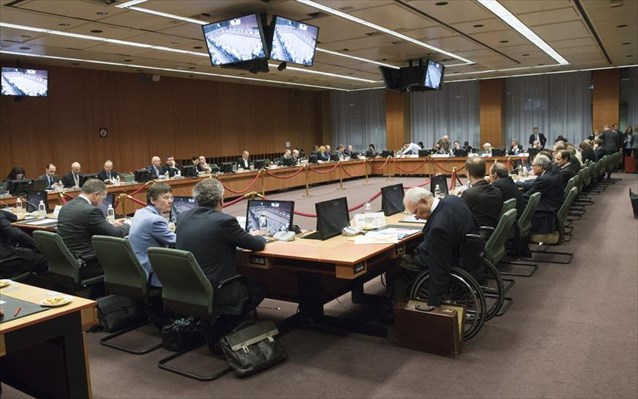 Eurogroup President Jeroen Dijsselbloem and European Commissioner Pierre Moscovici said on Thursday the institutions are waiting for Greece to submit specific fiscal proposals for reforming Greece’s social security system.
Speaking to a joint press conference along with European Stability Mechanism Managing Director Klaus Regling after the Eurogroup meeting, the two officials stressed that these proposals should be sent “soon” from the Greek authorities so that teams of the institutions may visit Athens and start the first program review.
Dijsselbloem described the first review as “crucial,” noting that apart from the social security reforms, there are other fiscal issues left open.
Moscovici said we are still in the beginning as far as the social security reforms are concerned which is a main issue for the first review. He reiterated that the climate of trust has been significantly improved concerning Greece after the implementation of many reforms by the Greek government.
On the same tone, the head of the Eurogroup said that the Greek prime minister and the finance minister are focused on implementing the program and that a lot of progress has been made since the summer.
On his side, Regling said that Greece’s debt service needs will reach 4 billion euros in the first quarter of 2016, which means the completion of the first review must take place as soon as possible.
(Source: ANA-MPA)