GRNews
GreekReporter.comGreeceGreek Farmers, Workers and Professionals Prepare for Strikes Against Pension and Tax...

Greek Farmers, Workers and Professionals Prepare for Strikes Against Pension and Tax Reforms 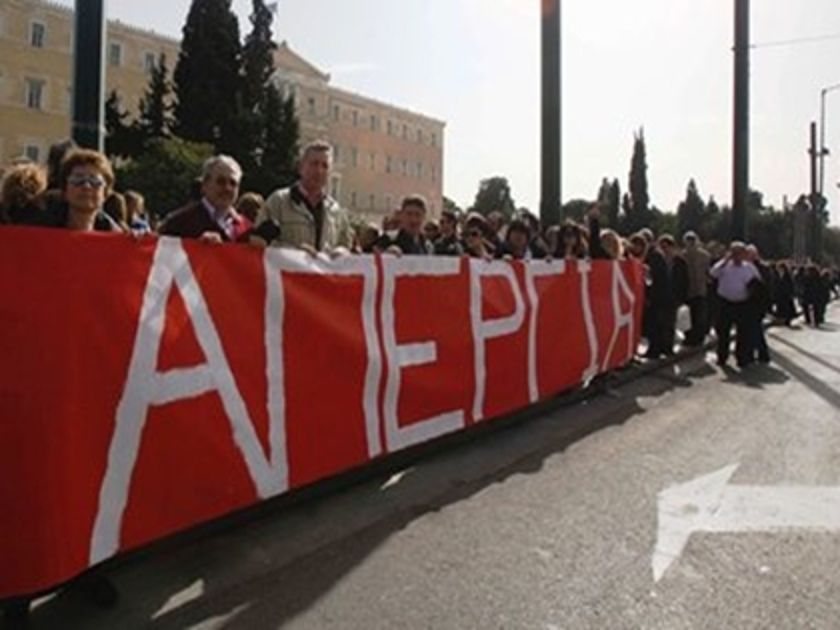 A series of strikes and protest rallies by workers, farmers and professionals against upcoming pension and tax reforms has started on Wednesday in Greece with farmers symbolically occupying the headquarters of the Farmers Social Security Organization (OGA).
Lawyers and bailiffs have decided work stoppages until Thursday with the prospect of further abstaining from their duties.
On Thursday, scientists and private sector professionals will join a demonstration rally to the Labor Ministry and the Greek Parliament. They will protest about the raise in contributions the new tax reform entails.
Meanwhile, workers in the Greek Railway and suburban railways will stop working between noon and 3:00 pm on Thursday. Judicial employees will proceed with two-hour work stoppages through Friday.
On Friday, the Panhellenic Federation of Workers of Local Authorities will demonstrate outside the Labor Ministry at 11:00 am.
On Saturday, the General Confederation of Greek Workers (GSEE) and the Greek Civil Servants’ Confederation (ADEDY), along with professionals and pensioners, will join their voices at a protest rally that will start at noon in Omonoia Square.
On Tuesday, January 19, pensioners from the Attica region will protest at the National Resistance Square at 10:00 am. The following day, health sector workers’ unions will protest outside the Labor Ministry at 4:30 pm.
On January 20-21, the Panhellenic Maritime Federation (PNO) will go on a 48-hour strike with the prospect of further action. The strike is in protest against the reforms of the nautical social security funds, while the federation has decided on another two-day strike at the end of January.