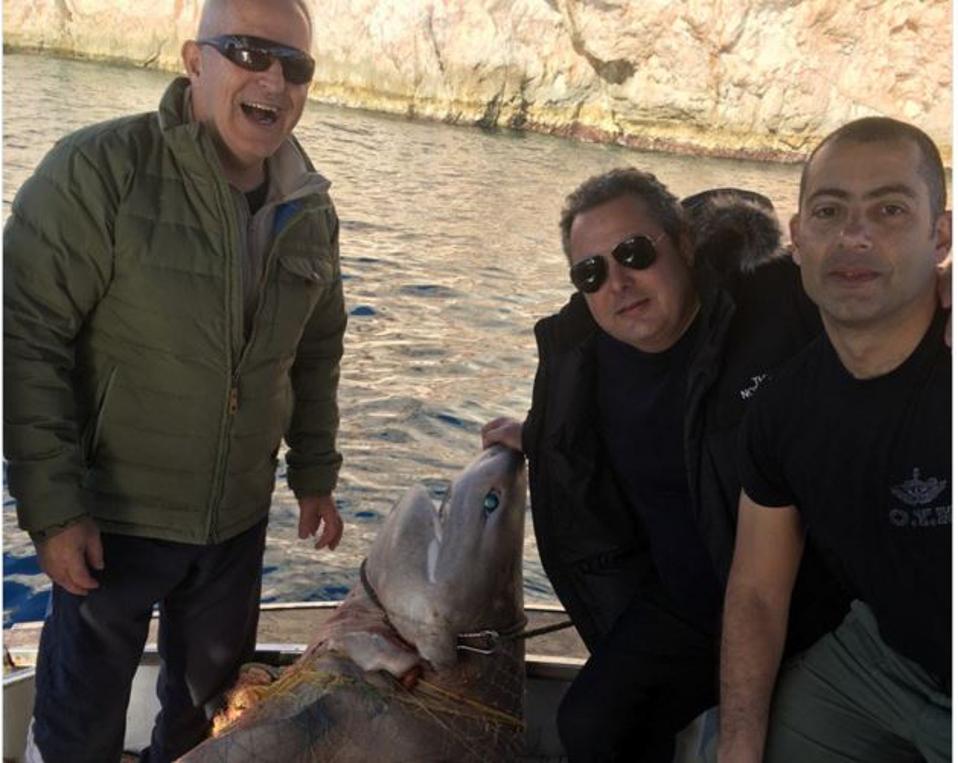 Greek Defense Minister Panos Kammenos is under attack by the Greek branch of WWF after posting a photo with a dead shark on social media. Kammenos was on a fishing trip with friends over the weekend, however when the photo was posted, it was revealed that the shark was protected under law.
“Catching the big sharks one by one,” tweeted Kammenos, probably in reference to the businessmen that the Greek government is supposed to have targeted.
When the WWF members saw the picture, they quickly found out that the species of shark the Minister had caught, called bluntnose sixgill shark or simple cow shark, was protected. In fact, the organization noted that hunting cow sharks has been banned since 1981.
The group also noted that the Minister’s picture is “shameful and shows no bravery,” but a disregard for Greek law.