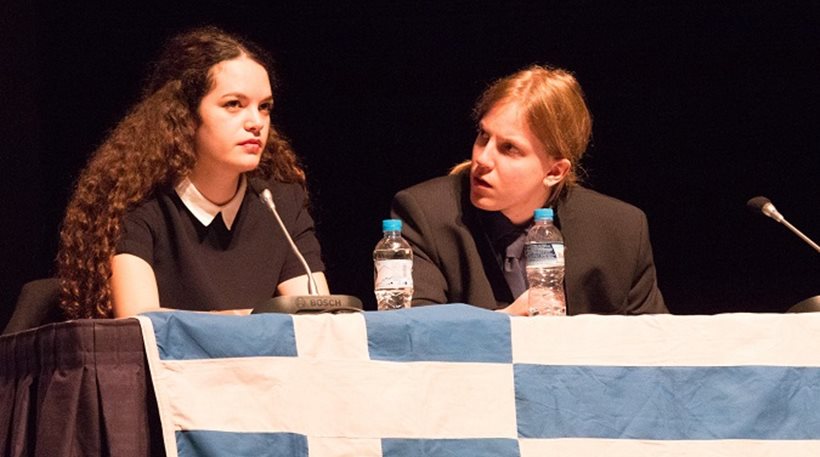 “Debating comes home” was the slogan of the World Universities Debating Championship (WUDC), which took place in Thessaloniki, Greece, between December 27, 2015 and January 4, 2016. The statement proved to be prophetic since 19-year-old Greek students Maria Roussi and Theodoros Ntounias, representing the National Technical University of Athens team, were the champions in the EFL (English as Foreign Language) category. The final debate took place on January 3, at the Thessaloniki Concert Hall.
This is an important distinction for Greece, which was represented at the World Championships with five team (Athens University of Economics and Business, University of Athens, University of Macedonia, NTUA and Deree College). After 9 preliminary rounds, held from December 29 to 31, the finalists in EFL were the National Technical University of Athens, FSU Jena from Germany, Brawijaya A from Indonesia and UKIM Skopje from FYROM.
In the finals, the Greek debaters, as well as the FYROM team were invited to defend the use of photographic material, which reflects the difficult situations faced by refugees, for awareness campaigns, while the other two teams argued against the use of photographic material.