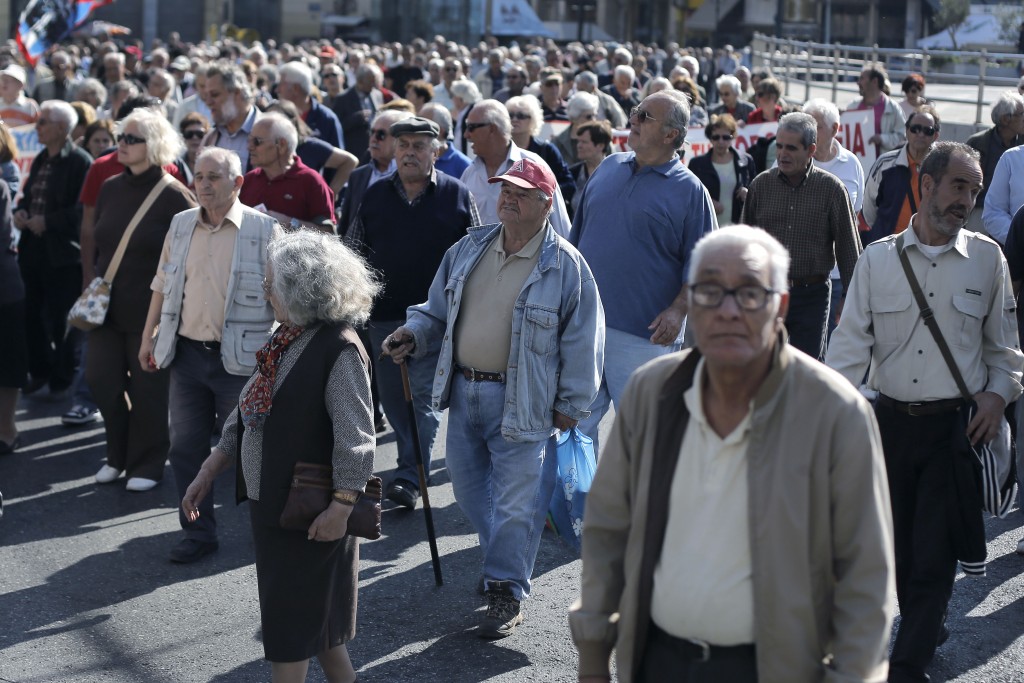 There are several differences between Greece and creditors regarding security fund reforms after the Greek government made its proposal public on Monday.
Athens is bound to overhaul its security fund system as an important part of the bailout program requirements. According to a Realnews report, lenders propose the following changes:
Unifying all 16 security funds to a single one, meaning in a nutshell that each fund that previously had its own conditions for who was eligible to claim pensions and gave out its own payments to its members will be unified, forcing everyone to meet the same requirements
Annulment of the one-off bonus upon retirement
Equalization of “rich” pension funds with the Social Security Fund (IKA)
Annulment of all exceptions, even to elected officials
Increase of retirement age sooner
Incentives for staying at work until 71
Incentives for additional private insurance
Upper limit of total pensions in the private sector at 1,800 euros
Upper limit of total pensions in the public sector up to 1,200-1,300 euros, including public enterprises, state-affiliated agencies etc.
Scalable pension calculated according to years worked starting at 700 euros
According to the report citing sources from Brussels, lenders believe that the new system should be based on contributions and years worked and not on percentage of salary as Athens proposes. Especially for pensioners from the public sector, the belief in Brussels is that, “it is not possible to speak of contributions, once the money comes from the same budget.”
Lenders believe that in order for the security fund system to become sustainable, it is necessary to proceed with main pension cuts on high pensions. Unlike Athens that proposes horizontal cuts on all pensions, lenders believe that only high pensions of 3,000-4,500 euros from the public sector should receive a haircut.