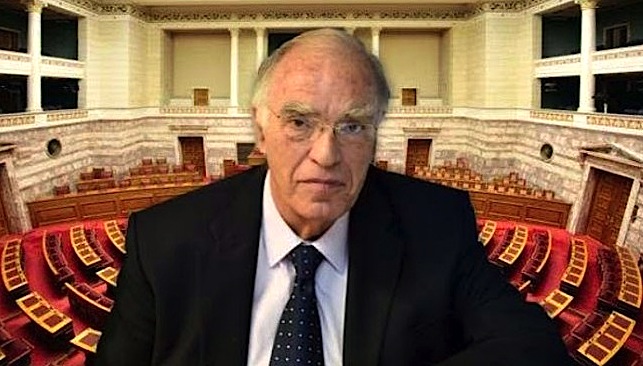 President of Centrists Union Vassilis Leventis revealed on Tuesday that a Potami MP approached him and suggested that they topple the SYRIZA-ANEL government.
Leventis was on Ant1 television on Tuesday morning and said that before the controversial vote on civil partnership for same sex couples, a Potami lawmaker approached him and said that they could overthrow the government if they voted against the bill, since junior coalition partner ANEL would also vote against.
The outspoken politician reiterated his position that Greece needs an all-party government. At the same time, he accused candidate for New Democracy presidency Kyriakos Mitsotakis for presenting himself as a centrist while he is surrounded by many extreme right-wingers.
However, Leventis said he is not opposed to a SYRIZA-New Democracy coalition that could last for three years with Alexis Tsipras as possible prime minister. “I would give a vote to a coalition government of New Democracy- SYRIZA,” he said.
Leventis also stressed that he will not vote for the upcoming pension reform and talked about qualitative changes in the list of reforms.
On Monday, while talking on Skai radio, the Centrists Union chief denied rumors that he is “flirting” with SYRIZA and that he would never be the government’s “crutch.” However, he would agree to be part of a SYRIZA-New Democracy-Centrists Union coalition government.