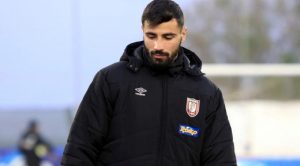 Michalis Karvouniaris, former player of Panahaiki, a Greek soccer team which is now facing challenging economic problems, will be welcomed to Australia in 2016 to play for Northcote City.

Northcote City is a soccer team that was created in 1960 by Greeks living in Australia. The team shares the same flag symbol as the Greek team Heraklis.