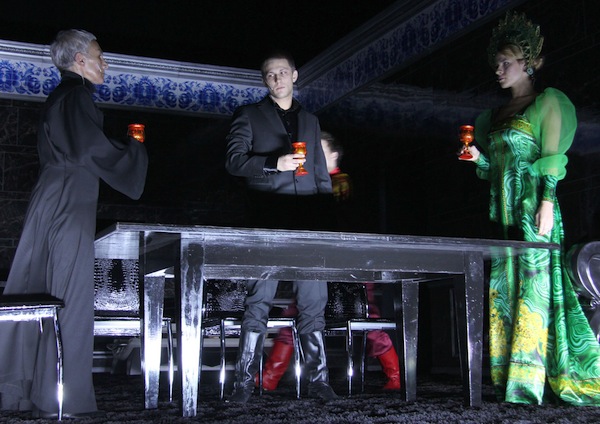 Angry, postmodern, politically groundbreaking – and unsuitable for minors – “The Karamazovs” of the Chekhov Moscow Art Theater arrives at the Onassis Cultural Center in Athens at the start of the new year (Jan. 3-6).
The five-hour performance of Moscow’s historic theater travels for the first time outside the Russian borders, bringing Fyodor Dostoyevsky’s masterpiece “The Brothers Karamazov” from 19th century Russia and the abolition of serfdom into the modern reality of Russian capitalism.
The hotly debated director Konstantin Bogomolov places his heroes in a hi-tech environment of corporate offices with marble fittings resembling a mausoleum, VIP rooms and solariums where grotesque figures parade, while the play is accompanied by music ranging from Russian pop to ballads by Freddie Mercury and Nick Cave.
(Source: ANA-MPA)

Found with a metal detector in his hand, a 68-year old man was arrested on Sunday for illegally excavating in the archaeological site of Amphipolis.
Cyprus