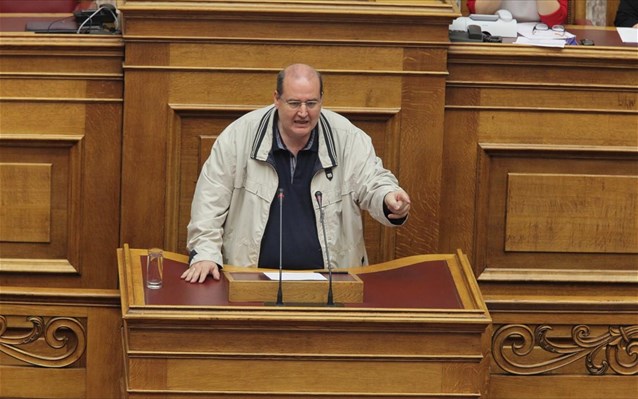 Greek Education Minister Nikos Filis inaugurated the first formal National and Social Dialogue Committee for Education on Monday morning, outlining the ministry’s reform agenda.
Among the reforms Filis wants to implement is a 14 year mandatory school attendance scheme, including the two pre-school years. This effectively means mandatory school attendance throughout the end of high school. The current law dictates that students must attend school between the ages of 6 and 15, which is the ninth grade for most Greek students.
The Education ministry will also seek to implement all-day elementary schools across the country. Changes will also be made to the university entrance process, with a plan to scrap the current exams, as well as the composition of Greek universities and their departments.
Filis proclaimed that the ministry will go ahead and give tenure to thousands of school teachers, starting from the 2016-2017 school year. The minister claimed that in the past five years 30,000 teachers have left their jobs without the government making any hirings.
Between mid January and mid-March deliberations over the reforms will happen on a weekly basis and by the end of March the Dialogue Committee will form a complete report that will be tabled for public deliberation in April.
No Plan for Military High Schools
Filis further noted that there is no thought or discussion over the possibility of having military high schools in Greece.
The comment comes in response to Greek National Defense Minister Panos Kammenos‘s comments that the government plans to establish military high schools in the country.