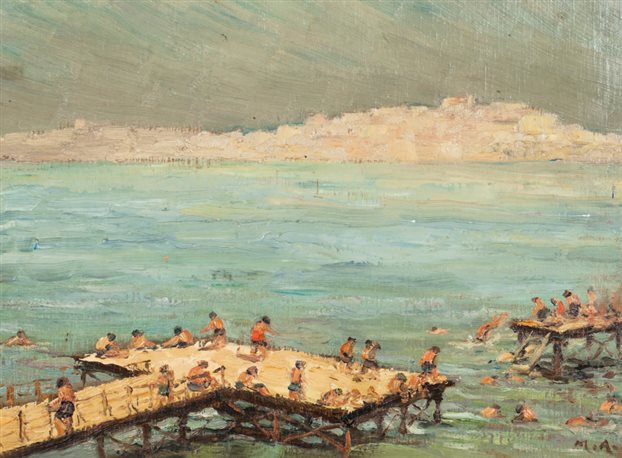 The work of the artist who created the emblem of the Bank of Greece and designed the artwork on a series of Greek banknotes issued at the beginning of the previous century is presented in the exhibition: “Michail Akselos (1877 – 1965) – Between two worlds”, which will open on Friday.
Until 1918, when he was assigned to design the new type of banknotes, the design and production of Greece’s banknotes took place in other countries. That makes Michail Akselos the first Greek designer of paper money and coins. However, this important artist is not widely known.
This exhibition is based on his other work, most of which was not shown until now.
One can visit the exhibition starting on Tuesday, December 22.