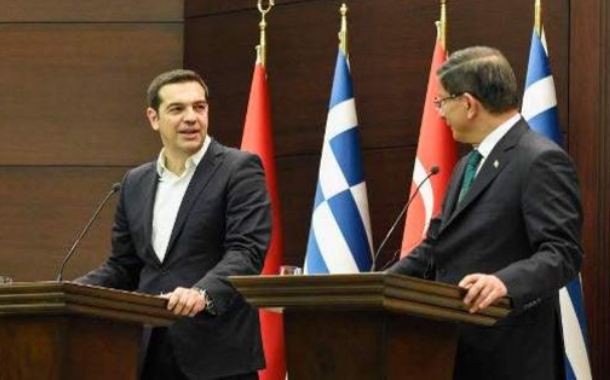 The meeting between Greek Prime Minister Alexis Tsipras with Turkish Prime Minister Ahmet Davutoglu was completed on Thursday.
Tsipras underlined the importance of cooperation between Greece and Turkey on the handling of refugees flows.
On his side, Davutoglu agreed on the need for cooperation between the two countries and asked Tsipras to meet in the following period either in Ankara, Istanbul or Thessaloniki.
The two officials are now going to the Austrian Embassy where there will be a meeting between 8 EU leaders (Austria, Germany, Luxembourg, Belgium, Holland, Sweden, Finland and Greece) with the Turkish Prime Minister. The meeting will focus on the voluntary program of relocating Syrian refugees from Turkey to EU member states, in the presence of European Commission President Jean-Claude Juncker.