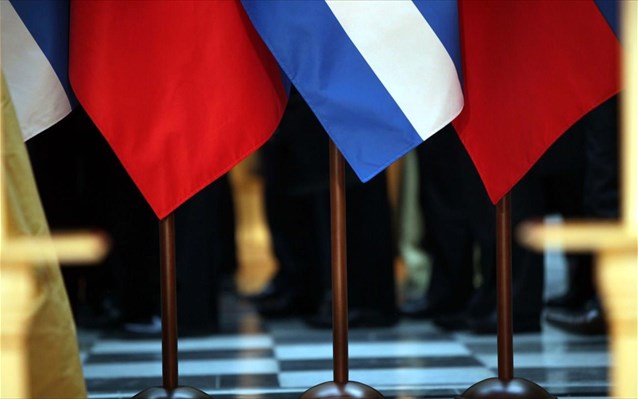 Panagiotis Skoutas, Director of the Office of the State Minister Niko Pappa, highlighted today, at an event organized by the Greek-Russian Chamber in Moscow, the interest both the Greek and Russian community share in the investment opportunities that can be developed for the benefit of both countries.

In this context Skoutas noted that the co-decision to conduct 2016 as the Year of Russia in Greece and the Year of Greece in Russia, reveals in the most categorical way the favorable prospects of Russian-Greek relations can grow.

“The Greek side is focused on this preparing events in Moscow, St. Petersburg and other Russian cities, which will include economic forums and conferences, exchange of business delegations, as well as investment initiatives at the regional level”, said Skoutas.

He also referred to tourism, stating the possibilities to extend the tourist season, to promote specific forms of tourism (i.e cultural, religious, health tourism) and to offer higher quality services stressing that “the element of a country’s stability and security is an item carefully examined by prospective visitors”.

According to Skoutas, Greek-Russian bilateral relations can cover a wide range in many areas of cooperation beyond trade and investment. The decisions of the Joint Transnational meeting in Sochi a few days ago will help overcome obstacles and open investment prospects of cooperation.