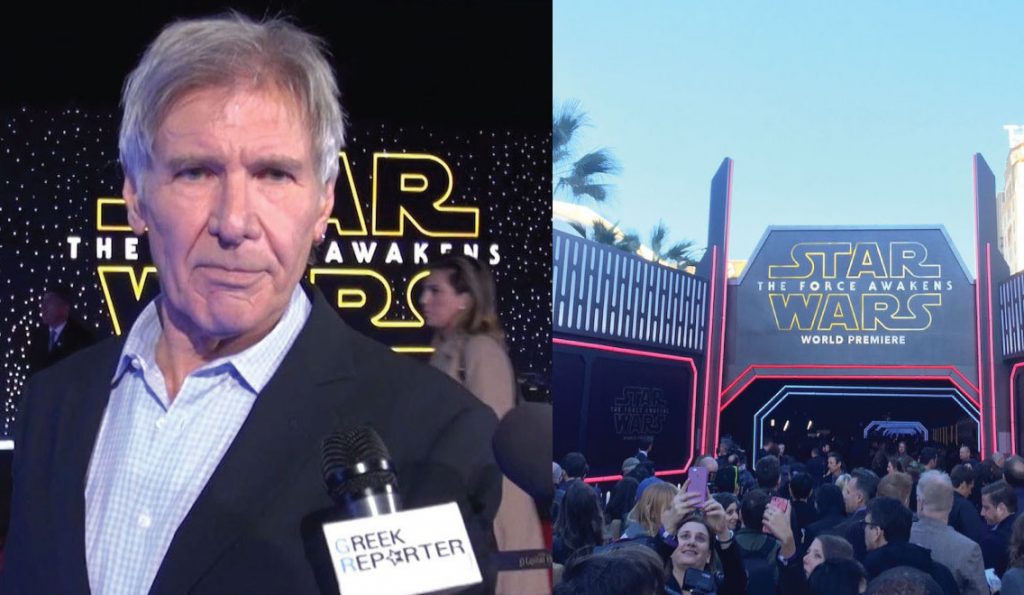 Greek Reporter was on the red carpet of the new “Star Wars: The Force Awakens” premiere to give you an exclusive look on the familiar, yet new universe of the Star Wars.

We talked with the cast of the new movie on what can be called the biggest red carpet Hollywood has ever seen. For the premiere the entire Hollywood & Highland complex in the center of Hollywood was closed off and transformed to look like it’s from a galaxy, far, far away.

A-list stars seemed just as excited as die-hard fans to get a look at this fresh new entry in the Star Wars series, as plenty of Greek-American celebrities strode down the red carpet next to the movie’s actors, including Debbie Matenopoulos and Maria Menounos.

There is also a Greek-Cypriot featured in the Star Wars movie itself, even though he was unfortunately unable to make it to the LA premiere yesterday. Miltos Yerolemou, best known up until now for his recurring role on the hit “Game of Thrones” series, is playing a part in “Star Wars: The Force Awakens”.

Watch our backstage look at this fantastic premiere, giving you a fresh, “live” look at the Star Wars characters.