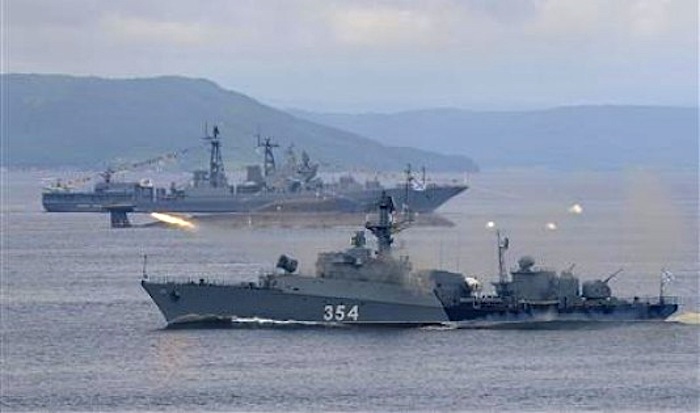 Turkish Foreign Minister Mevlut Cavusoglu said Ankara was investigating the incident of a Russian warship firing warning shots at a Turkish fishing boat near the Greek island of Limnos in the Aegean.
Speaking from Rome – where he is participating in talks on Libya – Cavusoglu said that Ankara will make an official statement once it has more information on the incident.
The Turkish foreign minister reiterated that his government wants to resolve its differences with Russia peacefully. “We want to solve the tension with dialogue,” he said, in comments broadcast by TRT Turk.
On Sunday’s incident near Limnos, the Russian ministry of defense issued the following statement: “On December 13, the crew of the Russian ship Smetlivy, located 22 km from the Greek island of Limnos in the northern Aegean, avoided a collision with a Turkish fishing vessel. At 8:30 am (local time) the Russian destroyer noticed a Turkish fishing boat, approaching from the right. Despite the Smetlivy’s crew efforts, the crew of the Turkish vessel did not respond.”
Moscow claims that the crew of the Russian ship had to fire shots with a small gun when the boat was almost 600 meters away, “in order to avoid a collision.”
“The Turkish ship immediately changed course and went past the Smetlivy, without making any contact with the Russian crew,” the statement also said.
The new incident is likely to increase the friction between the two countries, who are seriously at odds over the Turkish shooting down of a Russian military jet last month. Russia has already imposed economic sanctions on Turkey.
The Russian government summoned the Turkish military attaché over the Aegean incident. “The Turkish military diplomat was given a tough explanation about the potentially disastrous consequences from Ankara’s reckless actions towards Russia’s military contingent fighting against international terrorism in Syria,” the Defense Ministry said in a statement.
“In particular, our deep concerns about more Turkish provocations towards the Russian destroyer Smetliviy were conveyed.”