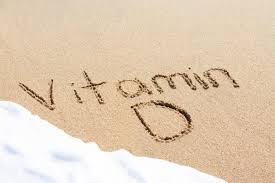 The international research team of the Department of Agronomy at the Technological Educational Institute (TEI ) of Thessaly, achieved honors in a leading international conference.
The research, conducted at the Laboratory of Biochemistry and led by Dr. Moulas, presented a study entitled “Development and study of Greek-type fortified bread and pasta for addressing vitamin D deficiency.” The study was judged along with hundreds of others by the Special International Committee of the Conference and was awarded the Poster prize.
The purpose of this study, as stated by Mulas, was the development of food fortified with vitamin D to help deal with the deficiency of the vitamin, which has become a substantial problem in Greece. The interdisciplinary team led by him, developed and studied food of the Mediterranean diet — particularly Greek bread and traditional pasta fortified with Vitamin D. For the development and study of these foods they used special techniques developed in the laboratory of the Technological Educational Institute of Thessaly. After  special studies it was proved that enriched bread is suitable treatment for the deficiency of vitamin D.
Most foods, according to Mulas, do not contain vitamin D. The main source of vitamin D (about 90%) for a child or adult is natural sunlight, but people either avoid the sun because of radiation risks or their lifestyle does not allow them to be  exposed to enough sunlight, thus showing insufficient vitamin D.