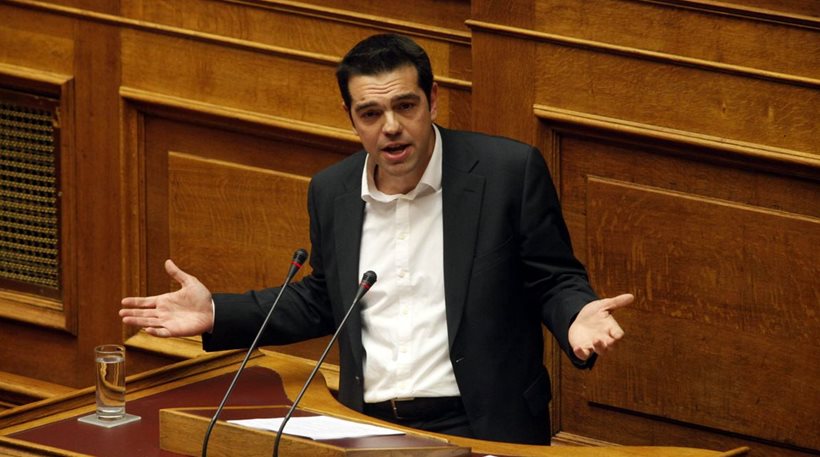 Greek Prime Minister Alexis Tsipras claimed that the Greek bank recapitalization was successful and cost much less than anticipated.
Speaking in parliament, Tsipras said that the Greek bank recapitalization cost 5.5 billion euros while in the summer it was estimated that the total cost would be 25 billion euros. He said that the way it was completed benefited the Greek state.
The Greek prime minister said that Greek banks are now safer than many European banks and they are ready to contribute to the effort to restore Greek economy.
Tsipras spoke about “circles that were hoping that Greek bank recapitalization would fail so they would bring back Grexit scenarios did not succeed.”
New Democrcy MP Dora Bakogianni replied to the prime minister saying that the bank recapitalization was a sell-out because the shares of Greek banks went to the hands of “those you were calling vultures in the past.”
“Our policy in the refugee issue is one of humanism and solidarity”
Speaking on the refugee crisis, Tsipras said that the migrant policy of the Greek government is one of “humanism and solidarity.”
The prime minister admitted that Greece was taken by surprise by the sudden and massive refugee inflow in the summer. However, he said, “the country is not and it will not become a warehouse of human souls.” He said that the government managed to remove the migrants from the Greek-FYROM border without resorting to violence.
Tsipras said that with the establishment of “hot spots”, migrants are registered normally and now they have a place to stay and food for a few days.
Centrists Union leader Vassilis Leventis said that Greece delayed to ask help from Frontex to protect the borders. He criticized the prime minister for pretending to negotiate the refugee issue with Europe when in fact he was backing down on everything. He also said that the government has no plan whatsoever to tackle the migrant influx.

Inspired by the Greek capital's long history of democracy, countless cities across the world have adopted the name of Athens as their own.
Greek News