GRNews
GreekReporter.comBusinessThree Weeks of Railway Stoppage: The Economic Effects of the Refugee Crisis...

Three Weeks of Railway Stoppage: The Economic Effects of the Refugee Crisis at the Border 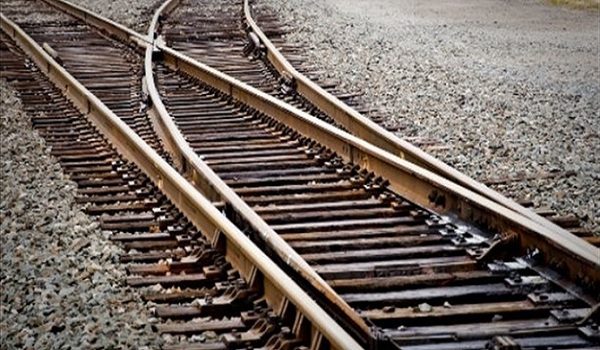 As the refugee crisis keeps developing, recent changes in the status quo in Greece’s northern border with the Former Yugoslav Republic of Macedonia (FYROM) has had a significant effect in the operations of the railway track that connects Thessaloniki and the city of Skopje.
The FYROM government adopted a policy in mid-November whereby only refugees from war zone regions are to be allowed to enter the country. As a result Egyptians, Moroccans and Iranians among others, were left stranded in the Greek town of Idomeni. Many of these migrants set up tents along the railway tracks, halting the operation of the trains and thus affecting trade.
Greek police decided to relocate refugees and migrants that had settled on the tracks moving 1,500 of them to Athens on Wednesday, 21 days after the first settlements. Within these three weeks reports claim that the effects have been evident.
A transporting companies spokesperson said companies have lost 1.2 million euros in these three weeks the Athens Macedonian News Agency reports.
Beyond this immediate monetary cost there are other effects, some of which could manifest in the future.
Gedeon Voulis, the Vice President of the Export Association of Northern Greece (SEBE), analyzed the implications of the three-week stoppage, according to ANA-MPA.
Voulis noted that as a result of the interference, Hewlett-Packard had to use the to Port of Koper in Slovenia, instead of the port of Piraeus, to transport their products into Central Europe. The SEBE vice-president could not rule out that such a relocation of operations would not happen in the future.
Voulis also added that 100 train carriages in Greece and another 50 in FYROM were stranded at the border during the first days to the railway takeover. Those that were empty suffered damages and are under repair.
Amid this blockade, Greek exporters sought to move their products through Bulgaria. Voulis noted that this move has caused a concentration of about 600 train carriages in the borders of Bulgaria and Serbia, due to Bulgaria’s smaller capability in managing train movements.
The change in the route brought with it additional financial costs for the various companies.