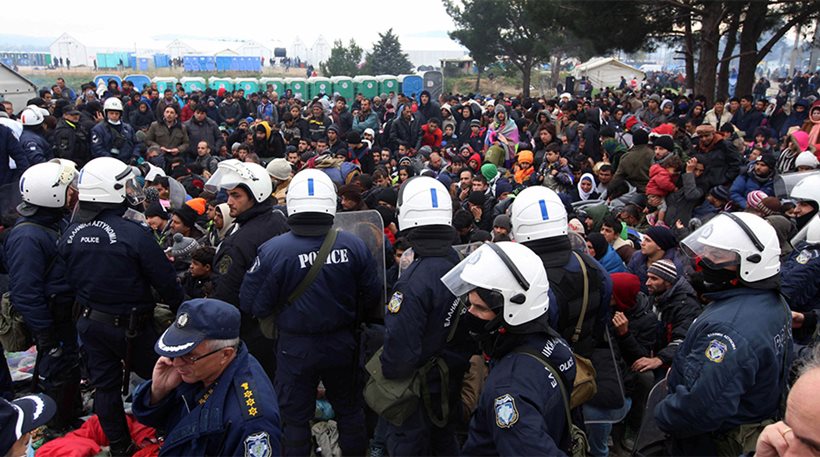 Greek police have started the operation to remove protesting migrants who block the railway line across the Greece-FYROM border.
About 1,200 are left stranded at the crossing point near Idomeni village. The Former Yugoslav Republic of Macedonia is denying entry to the migrants since they don’t qualify for refugee status.
About 500 police were deployed to clear the area. They removed reporters and photographers from the area before they started the operation to lead migrants to buses to be transported to Athens and Thessaloniki.
The migrants have been protesting by blocking the railway line since November 18. The blocking of the line has caused substantial financial damages as 1,800 cargo wagons could not move to and from FYROM.
Alternate Migration Policy Minister Yiannis Mouzalas said on Skai radio on Wednesday that the reason authorities delayed to intervene was because they wanted to avoid violent reactions by the migrants. “We did not want bloodshed. It was not an easy mission,” he said.
Earlier, there were violent fights between refugees who had the right to cross to FYROM and migrants who were denied entry. Several people were injured, while a refugee was electrocuted to death falling on a power line.