GRNews
GreekReporter.comGreeceIs There Light at the End of the Tunnel for the Greek...

Is There Light at the End of the Tunnel for the Greek Crisis? 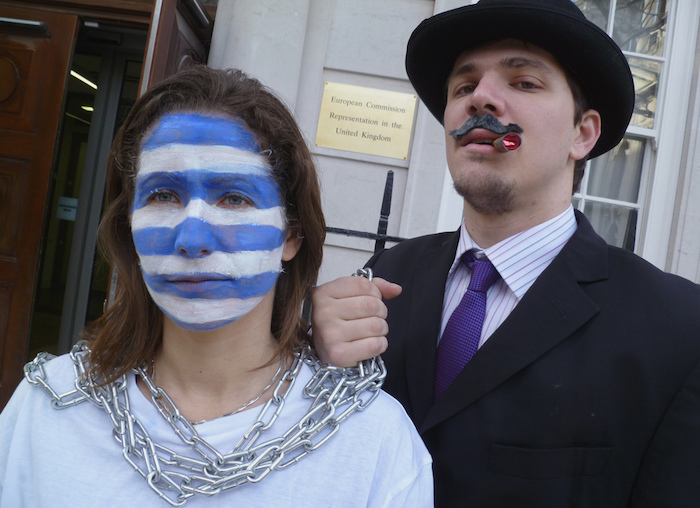 Ever since the Greek debt crisis erupted, back in late 2009, each successive government actively sought to defuse a sharp backlash against the bailout programs imposed on the country by the notorious trio of the International Monetary Fund (IMF), the European Commission and the European Central Bank (ECB) by saying that the crisis will soon be over. Unsurprisingly, the current SYRIZA-ANEL  government is no different. Prime Minister Alexis Tsipras has already asserted on more occasions than one cares to remember that 2016 will be the year when the Greek economy recovers and the country will finally leave the crisis behind it.
This is hogwash.  As long as austerity continues to be the prescribed medicine for the financial crisis and a substantial debt write-off (not merely a debt restructuring scheme that reduces payments by expanding the time horizon for the repayment of the country’s debt obligations) remains wishful thinking, there is no end at the end of the tunnel for the Greek crisis.
In fact, a strong case can be made that even if the country’s debt was substantially reduced through a write-off, the prospects for an economic recovery remain slim without a fundamental shift in economic policy-making and implementation.
But let’s take things from the start, first, the IMF’s latest macroeconomic reports on Greece  see the recession continuing in 2016 and the debt-to GDP ratio rising above 200 percent! The irony here, of course, is that while the IMF has admitted in the recent past that it underestimated the negative effects of its prescribed medicine for the ills of the Greek economy, it insists on the Greek government staying the course on austerity and the neoliberal economic restructuring schemes. These schemes include slashing wages, pensions and social services and depriving the public sector from exercising its obvious powers in stimulating growth and adding desperately needed new jobs to the economy through the introduction of various public-private investment programs.
Second, the 2016 budget proposed by the SYRIZA-ANEL government and already approved by the parliament features sharp cuts in spending, amounting to over 5.7 billion euros, and additional tax increases of over 2 billion euros.
Such measures in the midst of an economic  recession amount to adding fuel to the fire. The overall effect of these measures will be the deepening of the recession, the further decline of the standard of living for Greek citizens, and  the completion of the collapse process of Greece’s public health and education systems.
The question of how Syriza ended up becoming the latest political party for austerity in Greece, following in the footsteps of all previous governments since the eruption of the crisis, by implementing pro-austerity, anti-growth policies, will surely puzzle analysts for a long time to come.
But it goes on to show you that political parties that work on the illusion that one can force change in policy making  while accepting the terms and conditions of the prevailing system,  serving the interests of the financial and industrial elite, like the European Monetary Union; end up ultimately capitulating to the powers that be. Syriza subsequently betrayed their own principles and political projects.
The future of Greece is bleak. This is not an expression of philosophical pessimism, but a conclusion respecting matters of fact.
Take, for example, the plague of unemployment, Greece posts the highest unemployment rate not only inside the Eurozone but in the entire European Union. The unemployment rate in Greece, which measures the number of people actively looking for a job as a percentage of the labor force, moved into stratospheric levels only since the eruption of the debt crisis and the subsequent implementation of austerity measures, oscillating between 24 percent and 27 percent. Youth unemployment is over 55 percent.
If a sudden economic recovery were to begin taking place tomorrow, which would lead to a rapid increase of the GDP by an average of, say, 3 percent annually for the next five years, the unemployment rate is  not expected to see a major improvement at least for 8-10 years. This is because a sharp  drop in the unemployment rate always lags behind economic growth. This has been the experience of major economies – South Korea, Singapore, Hong Kong — that suffered from deep economic depressions as the one being experienced by Greece since early 2010.
The unemployment rate in the US during the Great Depression remained as high as 15% at the onset of the outbreak of the Second World War —  in spite of a massive government intervention to boost growth and tackle directly the unemployment problem in the form of the New Deal programs. Also, bear in mind that we are talking here about advanced industrialized economies, not  predominantly service-oriented and marginalized economies in the world system like those in the southern Mediterranean region, with Greece leading the pack.
Speaking of unemployment, the current government is just as impotent in addressing this most serious social problem facing the country as all previous Greek governments. Perhaps worse, it has created a special unit within the Ministry of Labor with the alleged task of implementing employment schemes that would reduce substantially the rate of unemployment. Unfortunately, most of those so-called employment schemes constitute nothing more than the “recycling of unemployment” and thus represent an ineffective and costly undertaking of highly dubious political and ideological origins.
As things stand, the devastating brain drain in Greece – the biggest brain drain in an advanced western economy in recent times – will surely continue in the years ahead, creating a most dismal picture of the future face of Greece.
The future focus is a country of mostly old and poor citizens, with a high percentage of undocumented immigrants whose presence may contribute to pushing salaries further downward, while real estate and infrastructure passes into the hands of foreign interests.