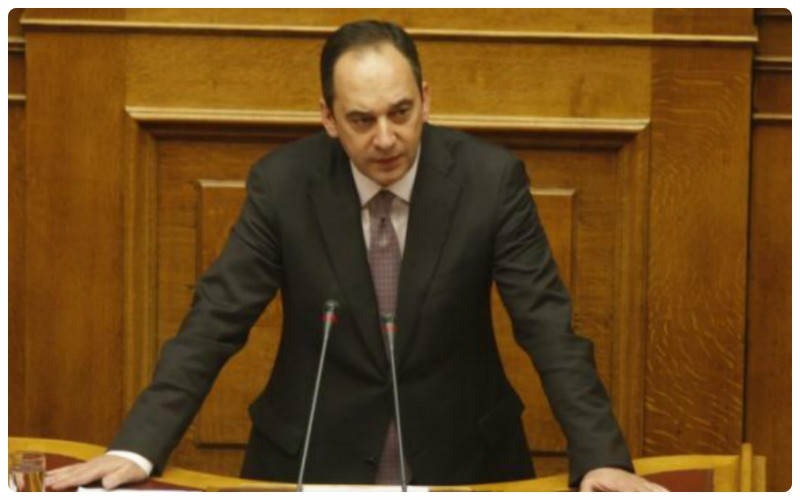 New Democracy interim leader Yiannis Plakiotakis accused Greek Prime Minister Alexis Tsipras of ‘fiddling’ with budget figures and cheating the Greek people.
The opposition leader late on Saturday said Tsipras tried “to cheat (the Greek people) and transfer the responsibility for the failure of his policy as he is faced with the consequences of the third memorandum he has signed.”
“The government’s attempt to fiddle with the budget figures and fabricate a false picture is spectacular,” Plakiotakis underlined. He made special reference to the recapitalization of the Greek banks, saying that “it is a huge economic disaster.”
“The budget is based on tax increases rather than cuts in spending, undermining local production and destroying the chances of young people to find a job. The first leftist budget includes 3.2 billion euros in new taxes, it is socially unjust and does not help growth. In general it showcases SYRIZA’s political fraud,” he added.

In an attempt to protect and maintain the iconic monuments in the Greek Orthodox section of London's historic West Norwood Cemetery, the many sculptural...
Business