The Emblematic Athens Hilton Hotel is Allegedly for Sale 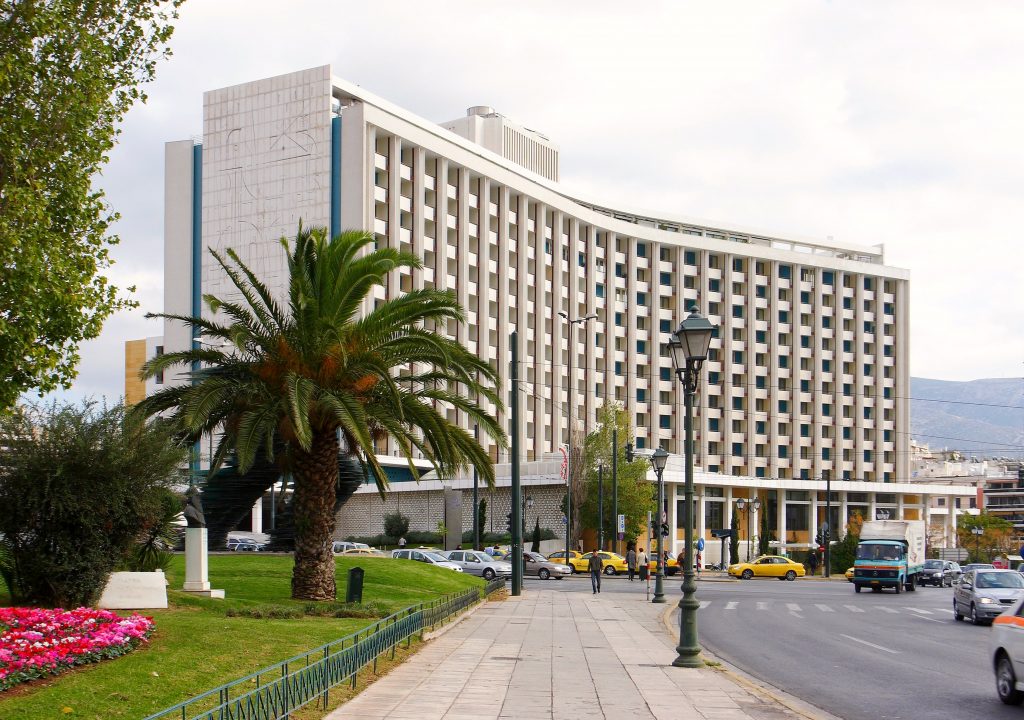 The Athens Hilton, the emblematic hotel that has hosted countless important people and celebrities visiting Athens, is allegedly up for sale.
According to a report on Eyro2day.gr, Alpha Bank has already started procedures to sell the hotel having Citigroup as sales advisor. Reportedly several private equity funds have shown interest in buying the hotel.
The Athens Hilton belongs to the Ionian Hotels, a subsidiary of the Alpha Bank Group. According to the report, its sale value exceeds 100 million euros.
Athens Hilton history
Construction of the Athens Hilton began in 1959 on a plot of ​​17,000 square meters and it was considered unprecedented in scope and design, at the time. It was the Peza family that started the endeavor, but during construction they realized they could not complete the project. The ownership of the shares went to the Ionian Bank, which ended up financing the completion of the construction.
The hotel officially opened its doors on April 20, 1963, during three days of festivities. The architect team headed by A. Georgiadis consisted of P. Vasiliadis, E. Vourekas and S. Staikos. Architectural advisers included were the Warner Brothers; Burus, Ioan and Lunde of New York with the collaboration of the Hilton International Architectural Department.
The cost of construction at the time, including the value of the land, amounted to 15 million US dollars. It still is one of the architectural jewels of Greece’s capital.