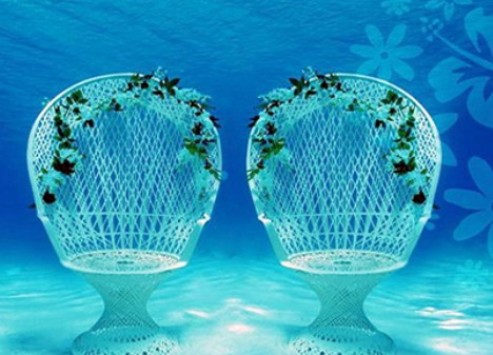 Authorities at the Greek island of Alonnisos have made some innovative decisions in order to increase the tourism rate on the island in the coming summer season. The actions they have prepared focus on diving and hiking tourism, as well as on original events, such as underwater weddings.
Their main goal is to expand the touristic season on the island through alternative actions and proposals, which are inherent in the flora, the fauna and the natural beauty of the island and to highlight the regions advantages.
Alonissos’ touristic promotion program was created in cooperation with the tourism consultant of the municipality, MTC Group. The program will explore pioneering low-cost methods to attract tourists to the island.
Kiki Anagnostou, Head of the Tourism Promotion Committee on the Greek island noted: “Our goal is to maintain our contact with the traditional markets and also to explore new markets such as Eastern Europe, Russia, Poland and Romania, in order to integrate actions with minimal costs, possibly by participating in other municipal actions to best showcase the island.”
The committee is planning on focusing on public relations activities such as attracting journalists, participating in organized journalistic trips, as well as tour operator trips, presenting the destination to tour operators and participating in road shows, scheduled appointments with agents and tourism industry professionals.