Greece to Work Closer With EU Agencies on Border Control 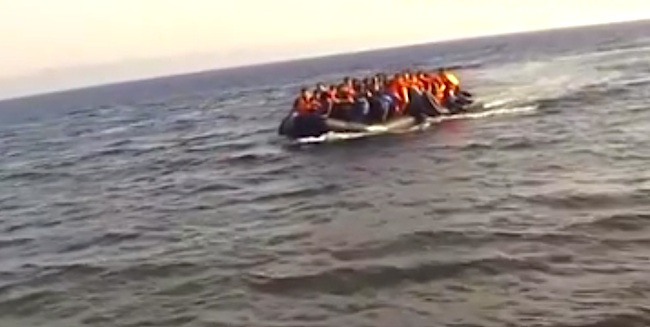 Greece is expected to step up border controls with closer cooperation with Frontex, amid talk about the country being suspended from the Schengen Agreement.
Jean Asselborn, the foreign minister of Luxembourg, who holds the rotating chairmanship of ministerial meetings on migration, told Reuters that he had seen progress in managing reception for migrants on the islands off the Turkish coast. He also expected a final accord on cooperation with Frontex on the northern border, where migrants who have crossed Greece try to leave for western Europe but now face a fence built by Former Yugoslav Republic of Macedonia.
“There are still problems but there are improvements,” Asselborn said.
Some EU officials and diplomats have complained that Athens has been slow to accept outside help, notably of foreign border guards from the EU’s Frontex agency, to manage its frontiers. Greece has raised issues of sovereignty in order to justify its reluctance to accept help from Frontex on land and sea.
“We’re ready to do all we can to ease the load on Greece’s shoulders and in order to do that — as I repeated several times to our Greek friends — they have to understand that this cooperation with EU or U.N. agencies is fundamental.” Asselborn told Reuters.
The EU official was critical of countries and officials discussing expelling Greece from the Schengen zone or changing the Schengen borders. “We have to stop talking about these ‘mini-Schengens,'” he said.
“If we want to destroy Europe, give it another kick in the guts so that Europe becomes something unrecognizable compared to our idea of solidarity, then we should keep up that talk,” Asselborn said.
After Wednesdy’s meeting of the College of Commissioners, European Commission Vice-President Jyrki Katainen said that Europeans are willing to help Greece and EU hopes that it can cooperate closely with Greek authorities.
Asked about the Greek authorities’ refusal to accept Frontex and EC’s aid on guarding its borders and whether this constitutes a problem in Greece’s place in the Schengen zone, Katainen said he understands the difficult situation Greece is in but the free movement of Europeans can only be secured if we protect our borders.