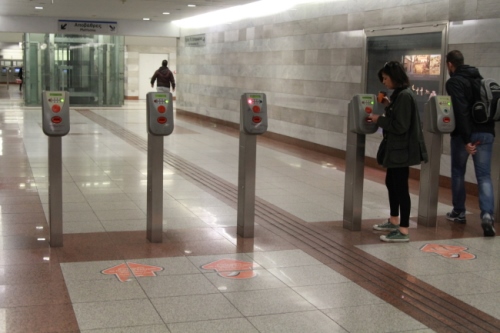 Public transportation will be disrupted on Thursday, December 3rd, due to the public transportation employees of the Athens metro, tram, bus, trolley and electric railway (ISAP) services and suburban railway employees joining together in a 24-hour strike called by Greece’s two major unions, GSEE and ADEDY.
Employees in the metro, tram, bus, trolley and electric railway will walk off the job from the start of their shifts until 9:00 local time and from 21:00 until the end of the shift.
All railway services will be cancelled, while the metro service from Doukissa Plakendias station to the airport will be halted throughout the day.
These unions have warned of further labour action in early December and a symbolic occupation of the offices of the country’s privatization agency on December 15th, when companies are expected to submit binding offers for a stake in Piraeus port (OLP).
(Source:ANA-MPA)

The Fig — An Iconic Greek Fruit Since Ancient Times

Figs, an iconic Greek fruit, belong to the category of the most nutritious foods and they have at least nine recognized medicinal qualities.
Europe