Greek Named Wire Photographer of the Year by TIME Magazine 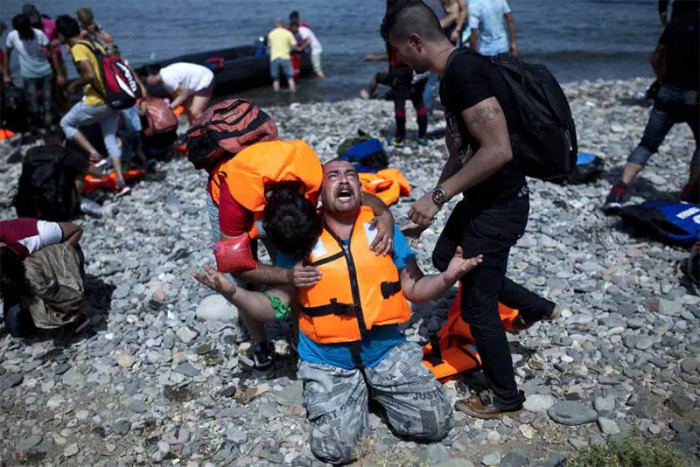 Greek photojournalist Angelos Tzortzinis was named Wire Photographer of the Year by TIME magazine. The award, established six years ago concerns photographers who work from the front lines, they are the first people to arrive at the scene of an incident and they are also known as wire photographers.
This year was full of major events that happened across the world, making it extremely difficult to select a winner — a fact that makes Tzortzinis’ win even more honorable, as he stood out among a list of well-established photographers.
The 27-year-old Greek photojournalist competed with professional and previous winners. However, his unique work managed to shine, showing specific aspects of the refugee and the financial crisis in Greece.
Tzortzinis was born in November 1988 in Egaleo, Athens and decided to work as a photographer in 2006. He started working with AFP in 2007, while also working on other projects in Egypt, Libya, Turkey and Greece for the New York Times.
Over the last six years, Tzortzinis has been covering the Greek economic crisis. He believes that his work truly showcases the current situation in Greece, given that he is not only a visitor, but someone who goes through the same difficulties. During this time he has also been covering the refugee crisis. “My goal is not to promote myself in photography,” he said to TIME. “Instead I want people to see my pictures and understand what they mean to me.”