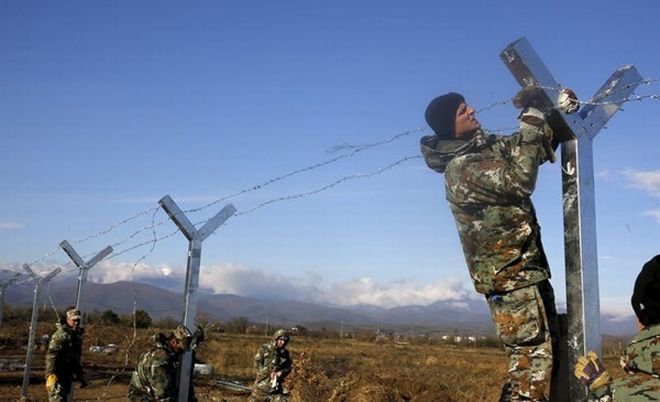 Erecting a fence along one part of its borders with Greece may not be all that the Former Yugoslav Republic of Macedonia does, according to the latest reports.

On November 28, FYROM soldiers began constructing an electric fence in the neutral zone between the Greek town of Idomeni and the FYROM town of Gevgelija, which is reportedly 4 kilometers long and three meters high. Migrants and refugees who reach Greece and are looking to get further into the European mainland enter through FYROM, crossing through this narrow path where the fence is currently being erected.

FYROM’s government is looking to extend the fence along the border for another 40 kilometers according to Greek media outlets that are citing FYROM newspaper Dnevink’s latest report that is based on anonymous sources.