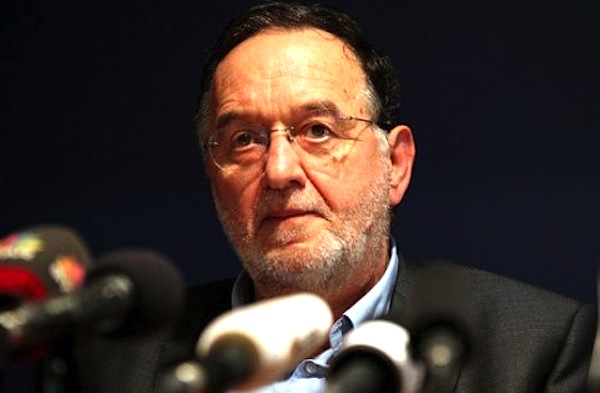 The recapitalization of the banks is probably the biggest robbery in Greece’s history, Popular Unity leader Panagiotis Lafazanis said in an interview with Praktorio FM on Tuesday.
The only solution for exiting the crisis is nationalising the banks and exiting the Eurozone.
“The way the recapitalisation of the banks was carried out, it constituted a big robbery, perhaps the biggest robbery in the country’s history, because more than 40 billion euros have disappeared from the public sector, while bondholders, social security funds and small investors lost a lot of money,” he said.
Asked whether the identification with the drachma harmed Popular Unity, Lafazanis stated that Greek citizens have been “brainwashed” with the euro, “it is the hardest kind of dictatorship”.
He also accused the media that they do not present the position of the party [Popular Unity] deliberately as it is the only political force with an alternative solution to the memorandum looting.
(Source: ANA-MPA)