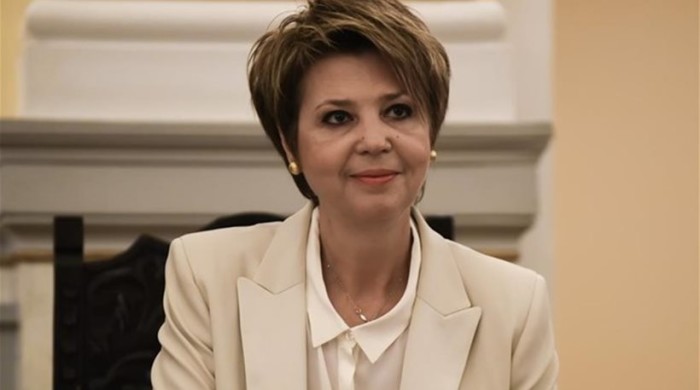 While the Greek government has already been weakened, having been in power for just over two months, Greek government spokesperson Olga Gerovasili does not appear to be concerned, and is rather optimistic about its future.
The SYRIZA-ANEL coalition government that was elected on September 20, consisted of 155 MPs until November 19, when two government MPs did not vote in favor of the proposed legislation on a set of bailout prior action bills that were sponsored by the government. As a result, they were both removed from the government and the majority was cut down to 153 seats, just two above the required minimum.
During an interview with real.gr released on Monday, Gerovasili noted that as the government guides the country out of the crisis, public support will increase.
“This fundamental pillar of ours is a value superior to any fantasy of a ‘left parenthesis,’ that certain people are insisting on, even though they have tried so many times to make it happen and have failed as many. And certainly this value surpasses any party balances or personal gains. That is why I believe that the parliamentary majority is not only not in danger, but that on the contrary it will very likely strengthen in the future,” she said.
Gerovasili did not elaborate on this assertion and argued that the government is demonstrating it can handle the financial challenges Greece is faced with.
Amid continuous friction and an insistence that it will not work with New Democracy, PASOK or “To Potami parties, the only party the coalition government could turn to for a potential expansion of its parliamentary majority is the Union of Centrists, which holds nine parliamentary seats.
The party’s founder and president Vassilis Leventis is scheduled to meet with Greek Prime Minister Alexis Tsipras who asked for the private meeting after the conclusion of Saturday’s political party leaders summit, as Leventis confirmed during an interview with MEGA TV on Sunday.
While Leventis will meet with the Greek Prime Minister, he feels as though Tsipras is panicking and views Leventis as a last resort for his fragile majority.
Upon his party’s election into parliament, Leventis submitted to Tsipras nine policy points he wants the government to implement. The Union of Centrists President has often lamented that Tsipras had never even responded to his proposals.