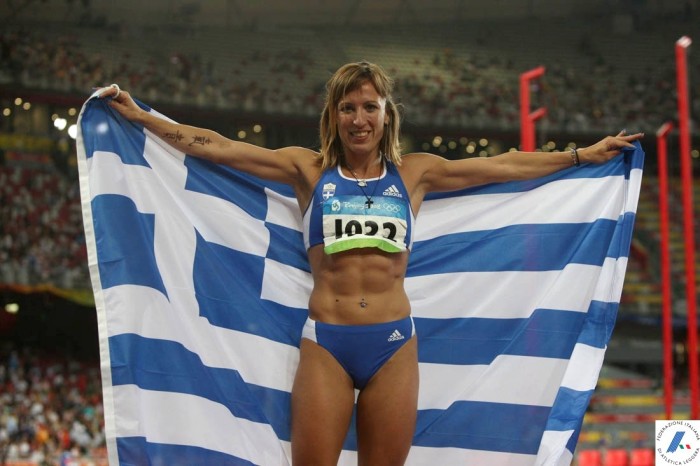 Retired Greek athlete Piyi Devetzi, who competed in the triple jump and long jump competition could lose her bronze and silver Olympic Games medals after failing a doping test.
Segas, Greece’s track and field federation, was informed by IAAF, the international federation that Devetzi’s samples from 2007 were retested and found positive for doping. “The international federation (IAAF) informed SEGAS that Piyi Devetzi re-tested positive on a sample taken in 2007,” SEGAS said in a statement. “Following this development the federation has opened disciplinary proceedings against her.”
The 39-year-old retired athlete won the triple jump silver medal at the 2004 Summer Olympics with 15.25 and the triple jump bronze medal at the 2008 Summer Olympics with 15.23. She won another silver medal at the 2006 European Athletics Championships in Gothenburg, losing the gold at the last jump by Tatyana Lebedeva.
She retired in May 2009, after refusing to submit a sample to doping control. Failing to submit a sample equals a positive test, and she was subsequently handed a two-year doping ban.