GRNews
GreekReporter.comGreeceMigrants Clash With Police at Greek Border With FYROM

Migrants Clash With Police at Greek Border With FYROM 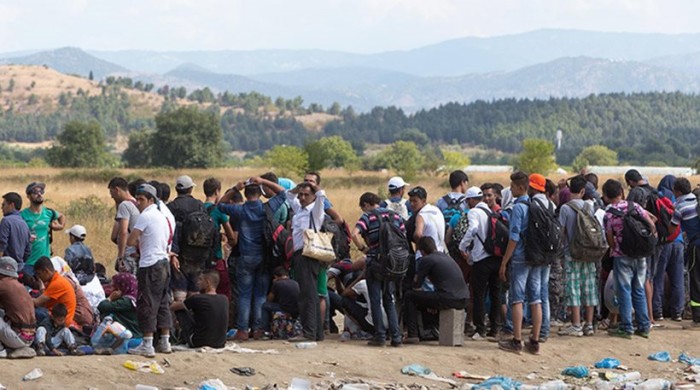 Migrants that have reached Greece’s border with FYROM came to blows with FYROM police on Thursday during their effort to push through into the neighboring country, the Associated Press reports.
People from Iran, Morocco, and Egypt face off against FYROM’s riot police at the border. The AP’s report notes that police were seen hitting the migrants with batons.
FYROM has become a gateway for the refugees and migrants who wish to get further into the European Union after arriving in Greece. In recent days, FYROM has adopted a combat zone-refugee-only policy allowing entry only to people who come from war-engulfed regions. As a result, hundreds of migrants who do not come from these regions remain in the Greek town of Idomeni and have set up tents across the railway that connects Thessaloniki to Skopje the AP reports, placing this number at 750, citing Greek police reports.
The AP reports that 2,400 people crossed from Greece to FYROM at 6 AM on Wednesday to 6 AM on Thursday, while the daily average has been 3,500.